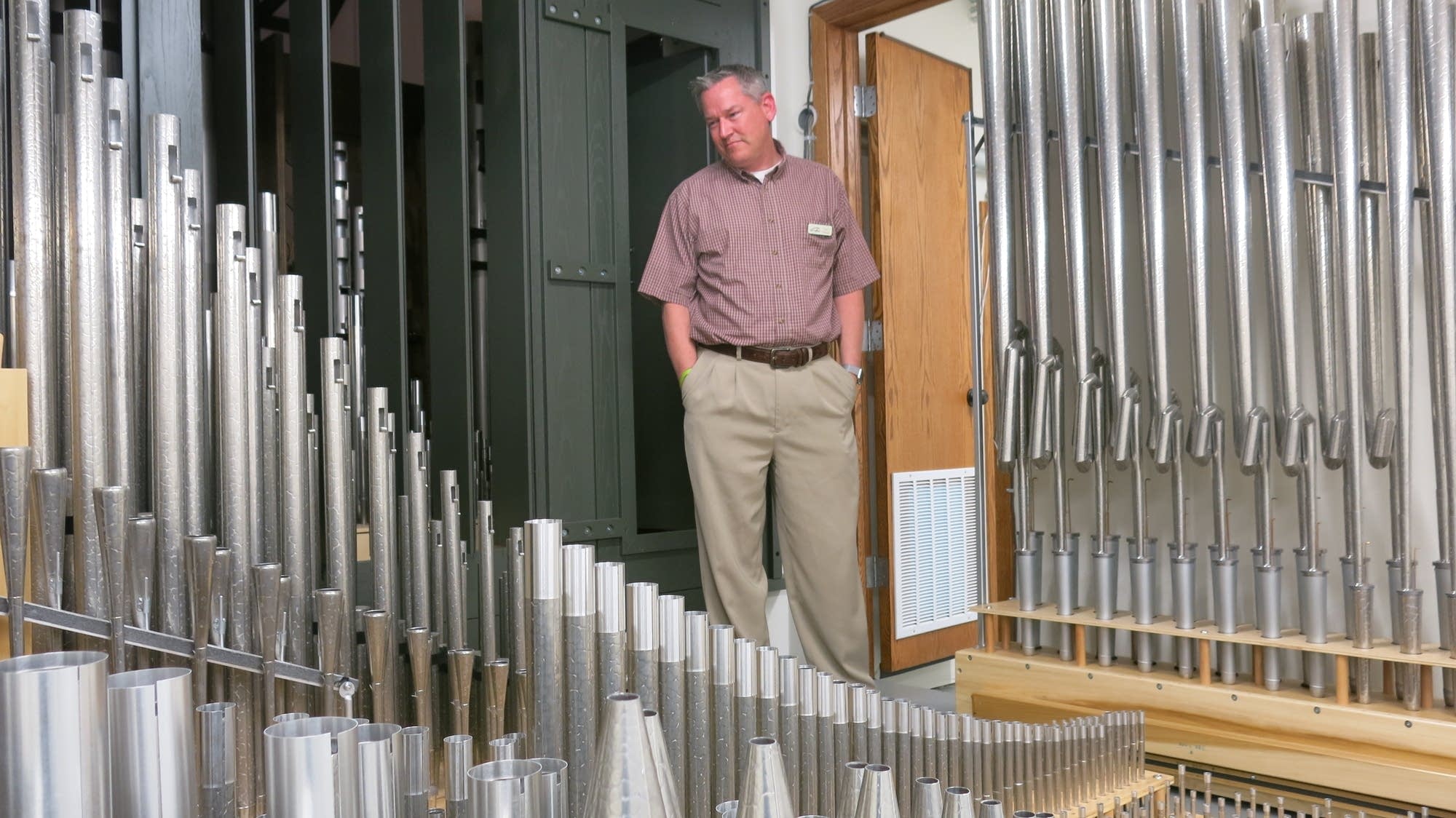 The new organ at the First Lutheran Church in Bemidji has 1,400 separate pipes. Each was handcrafted and installed by world renowned Canadian organ company Casavant. It cost over $500,000.

But centuries of racial tension draw a lot of attention to a single stop.

Early in the project, church leaders asked Casavant sound engineers to build a set of pipes that could mimic the sound of a traditional Ojibwe flute, called a bibigwan.

It was no small request. The original flute is played by one person, with limited heart rate and lung capacity, so there is a natural vibrato. In addition, it is made of wood, which produces a hollow sound that is difficult to reproduce with steel pipes.

This has never been done before. Church music director Sarah Carlson said engineers had to literally invent new ways to manipulate air pressure and sound. And they got pretty close.

She turned on the organ and demonstrated.

“You can hear the natural vibration of the voice,” she said as a haunting note filled the church. “Now when I want to cut the note, I use the pedal, and it creates the sigh effect.” The note slipped into silence.

At a bibigwan stop launch event earlier this year, Carlson performed a duet with the organ and a congregation member on the original Ojibwa flutes.

A trained ear can tell the difference, but it’s pretty good copy, and people liked the music.

It was a great relief for Reverend Corey Fuhrman. Because, as complicated as the invention of the pipe was, introducing it to the community was even more difficult. The original idea behind the inclusion of the native flute stop was to reach the three Indian reservations that surround Bemidji.

“This part of the project has been making me nervous since the day I heard about it,” he said. “If the whole conversation isn’t handled carefully, you can step on toes and it becomes a disaster rather than a blessing.”

Fuhrman sees bibigwan pipes as a bridge to the Ojibwe community – a sound that will make them feel comfortable and accepted in his church. But he also worried that the project looked like cultural appropriation.

His congregation is mostly older — mostly white. Early on, he contacted Ojibway author and teacher Anton Treuer. Treuer led a series of meetings between church leaders and members of the Ojibwe community.

“The risks are that there could be this message that ‘we know better than the natives what it means to be native,'” Treuer said. “And we had to have a lot of discussions to make sure that wasn’t the case.”

Treuer said Ojibway people are especially sensitive to their instruments and culture when the Christian church is involved. They don’t have a good story.

“In our area here, Catholic, Episcopalian and Lutheran groups have all been active participants in the forced assimilation and colonization of native people through their churches,” he said. “Many Christians today have no idea there is a history of oppression in the institutions they love.”

So at the launch event, Lutherans were very careful to be inclusive. They invited a group of Ojibway singers, fed everyone a meal of wild rice, and Treuer said a few words. But what sticks with Treuer, weeks after the event, is one short line. Fuhrman said it before all the music and speeches.

“Can we be side by side without the idea of ​​conversion between us? Fuhrman told a crowded church “And just stand as neighbors.”

Speaking weeks after the event, Fuhrman said that over the centuries most of the church’s problems have stemmed from its overwhelming focus on proselytizing.

“The relationship between the Christian church and the Native American people was about conversion,” he said. “There were years of broken trust.”

The mission of his church now, he says, is to serve and reconcile. He hopes the music will help him.

You make MPR News possible. Individual donations drive the clarity of our reporters’ coverage across the state, the stories that connect us, and the conversations that provide insight. Help ensure that MPR remains a resource that brings Minnesotans together.

Donate today. A donation of $17 makes a difference.

Dijon is the king of symbolism on his new EP