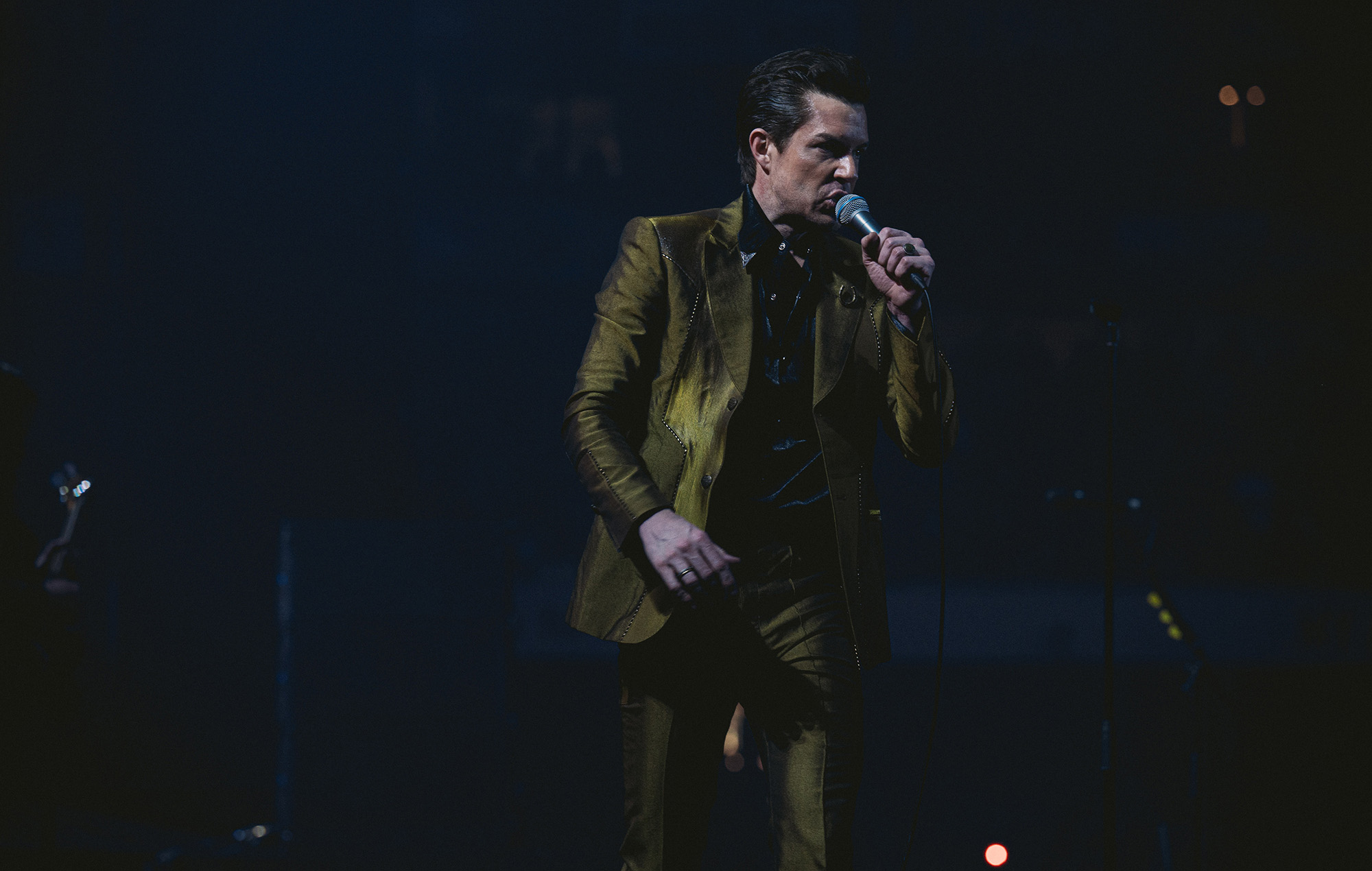 Is there a group as content or as enthralled by the daily work as The Killers? Every moment of their show at the Emirates Stadium in London (June 4) – their second of the weekend – shows an enchanted band, who still can’t believe it. At one point, the band’s frontman, Brandon Flowers, quotes Mohammad Ali, who “said that ‘a service to others is the rent you pay for a room in heaven.’ We want to go to heaven… Will you allow us to serve you tonight? During the finale of the show, drummer Ronnie Vanucci Jr simply says, “Thank you for giving us this job.” N’aww.

It’s the perfect balance the band always strikes: humble and grateful; bombastic and flashy. There’s probably a level of surprise that they remain as big a draw as they are. The two London shows arrive amid a UK-wide stadium tour, with stops in Bristol, Falkirk, Norwich and Manchester at local sports stadiums – 120,000 tickets in London alone, nearly 20 years after their debut album, 2004’s ‘Hot Bustle’. Like Arcade Fire and other American bands of that era, they found their following here in the UK and never forgot the debts they wanted to pay off.

Although the killers’ fortunes never really wavered, they seem to be in a perfect position now. Their last performance in the UK before those shows made Glastonbury headlines in 2019, and they’ve since released two albums: 2020’s canyon rock classic “Imploding The Mirage” and the gnarliest “Pressure Machine” from Last year. The sheer number of hits on the former airing tonight — “My Own Soul’s Warning,” “Caution” and more — allowed them to play with the setlist every night. “When You Were Young” now fits in seamlessly as the show’s third song and several tracks (“The Way It Was”, “My God”) premiered on this UK run – a rare large stadium tour where heading to multiple dates will be rewarded.

Some things remain though: Flowers has Jagger-level energy beams and similar magnetism. His gold suit shimmers with every hip thrust and he bounces off a platform in Cuban heels as he nails “Spaceman” and 2013’s underrated single “Shot At The Night.” The broad smile rarely fades from the face, and even in times when songs need extra investment to carry the crowd – the slow-burning “Cody” of “Pressure Machine”, “Miss Atomic Bomb” – it does it with grace. and hunger.

There’s also the usual stadium stuff: endless fireworks and pyrotechnics, banners in the colors of Arsenal FC (whose show is on) and a giant video screen, best used for the revival of “The Man”. visuals and the Las Vegas strip glow on a “Dying Breed”. The highlight is the proven audience participation: Flowers chooses between two panels asking if they can drum on “For Reasons Unknown,” and the winner nails every fill and beat. It’s cliché, perhaps, but never exciting to see someone break it with the best of them.

Most enjoyable were the played cuts of “Imploding The Mirage,” a lockdown album that would never truly come alive until it was played in stadiums as big as these. “My Own Soul’s Warning” earned its place as the new debut track, and even “My God” — all ’80s synths and drum fills, but without Weyes Blood — earned its place on the setlist. Where it became immediately apparent after touring the fourth and fifth albums ‘Battle Born’ and ‘Wonderful Wonderful’ that some new songs were temporary inclusions that sparked bar queues, you feel they are unmissable and unavoidable.

And that’s not the only nice change: The song’s two-song finale has been given a makeover. “Human” has become a complete Kraftwerk with a robotic rhythm and a dazzling visual that poses the existential question of the choirs (“Are we humans or dancers?”) while ‘M. Brightside’ begins with Jacques Lu Cont’s remix for the first verse and chorus, before playing it back more traditionally when the crowd reaches fever pitch.

It’s hard to say that a single act has been tough during the pandemic touring hiatus, but few, aside from Taylor Swift, have used the break so well to their advantage. The Killers return wiser, smarter and with a pair of albums that show the full extent of their abilities. The return tour will go down as one of the finest and most rewarding of all time.

The Killers have played:

“The Warning From My Own Soul”

‘When you were young’

‘All those things I’ve done’

‘M. The bright side’