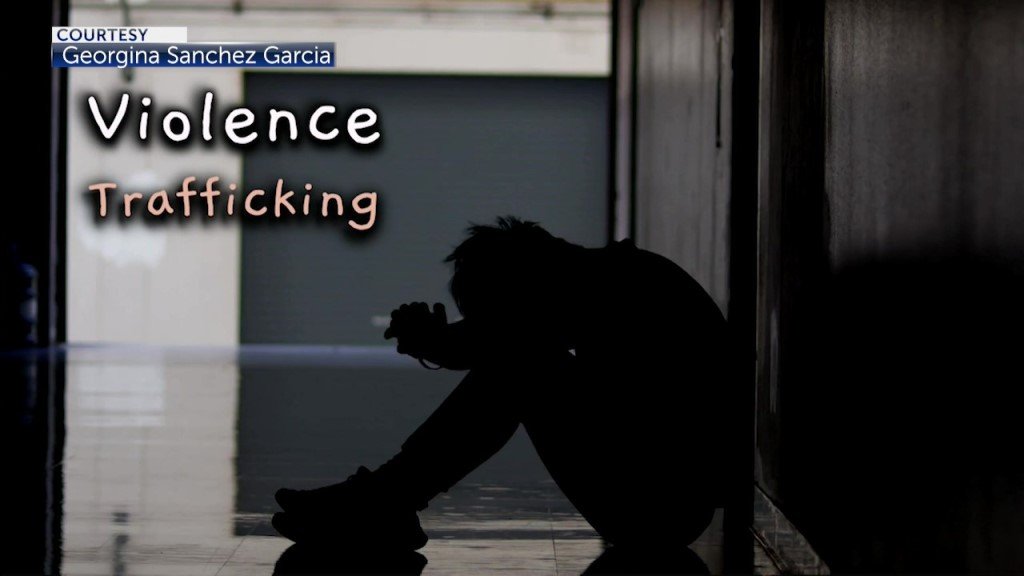 EL PASO, Texas — According to the US Department of Health and Human Services, there are as many as 9,643 migrant children in the care of HHS.

They are part of what UTEP Ph.D. candidate Georgina Sanchez Garcia calls the new wave of migrants.

As part of his thesis, Sanchez Garcia set out to find out why children leave their homelands and endure thousands of miles of rugged terrain in deplorable conditions in an attempt to reach the US border.

With the help of UTEP professor and International Federation of Social Workers Commissioner Mark Lusk, Sanchez Garcia traveled from ports of entry in Mexico to Ciudad Juarez: going straight to the source, interviewing nearly a hundred migrant children.

These children shared their stories with Sanchez Garcia.

The Ph.D. candidate made a video highlighting some of her findings and posted it on YouTube.

What she discovered is that children are exposed to violence, trafficking and death.

A 10-year-old Salvadoran girl wrote: “The maras chased me and wanted to take me away. I ran, and I ran. I was able to go home and my mother came out to defend me. They grabbed her and beat her in the middle of the street.

A 10-year-old boy from Guatemala wrote about what he saw when traffickers transported a group of migrants through Mexico.

“The polleros put us in a covered truck. We couldn’t move and it was too hot. No one was allowed to make noise. A baby can’t stop crying. The driver stopped and scolded the father. Then the father did not remove his hand from the baby’s mouth. I was no longer listening to the baby. We were 300 people, I counted them when they put us in a cellar that night.

Their answer, Sunday evening after ABC 7 at 10 p.m.