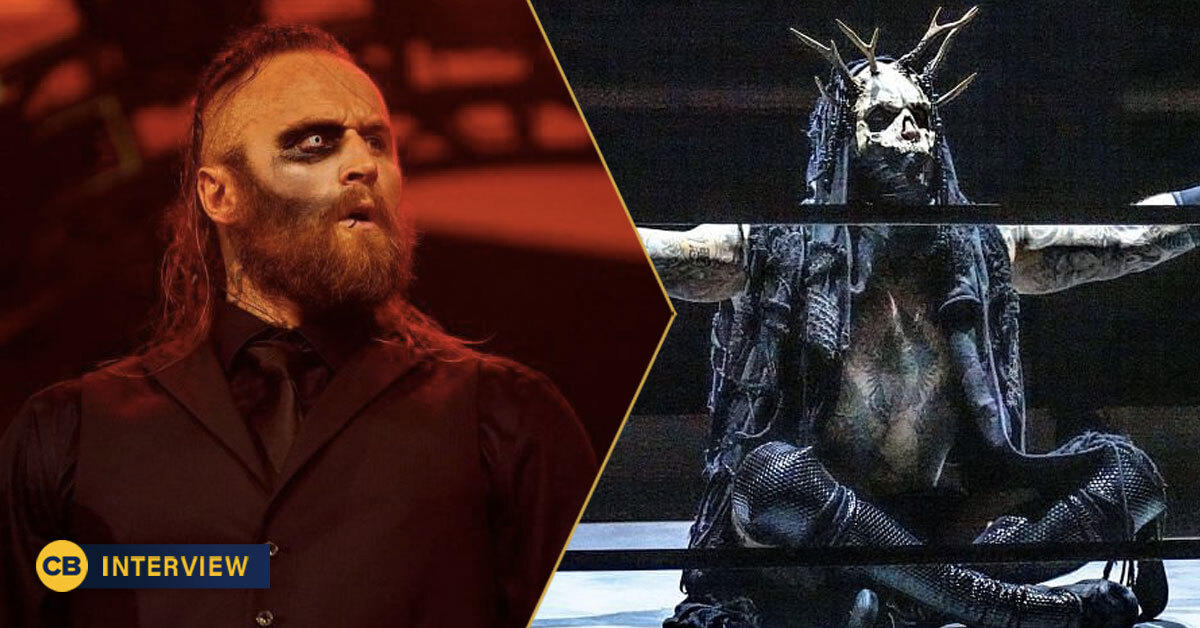 When Tom Budgen was first released from WWE in June, he began to explain the symbolism he incorporated into his wrestling persona, Aleister Black. The same day he made his AEW debut, Black uploaded a short film to debut his new character, Malakai Black, while explaining that his five years in WWE were just an illusion. by the demonic Moloch, tricking Black into believing he was “the devil with memory loss.” In a new interview with ComicBook, Black opened up about the significance of three aspects of his new personality — his increasingly deteriorating black eye, the wooden skull he wears in the ring, and the haunting song “Ogentroost.” ‘Amenra which he uses as his entrance theme.

Black started with his eye – “A lot of people started really digging into my old stuff and really found a bunch of really cool creative stuff. They haven’t completely discovered everything I’ve done with Malakai or that I do as Malakai. But, one of the things I can tell you is that when I released “The Devil Made Me Do It”, a short film, a video trailer, a teaser, whatever you want to call it. There’s a funny thing where a lot of people thought it was a dig at my former employer, but it actually wasn’t at all. It was a creative way to me to get out of Aleister and move on to another realm. The idea behind it is that this greater entity known as Moloch or Malakai in this case, this messenger, orchestrated this whole idea that Tom was in a , what is the best word to describe this, had this episode that lasted almost five years where he believed he was A leister and believed he was a fallen angel with memory loss or Lucifer or Satan, however you want to call him.

“He had this episode, this manic episode, where actually it was Malakai who orchestrated all of this and thanks to the eye injury he was able to fracture a bit being able to manifest through the eye” , he continued. “That’s also why this thing on my face keeps growing and growing because it’s getting stronger and stronger, and it reacts to certain events and certain events. So in a way it’s a continuation, but at the same time there’s a layer above the I’ve said it and referenced it many times for me, the fight is much more than us versus them or you versus me. “It’s a creative outlet for me. Some like it, some don’t. I don’t care. It’s about what I want to do and it’s clear what I’m doing works. A lot of people are intrigued by that. Of course, people aren’t going to be intrigued by that. that, I dived into a sea of ​​what can I do with that? I’m still swimming towards whatever I can find, like the bottom of things I keep discovering new things and discovering new layers and ideas that I find interesting that I feel like I can stick to this character and create this character. ringing. It becomes its own universe in a way. It’s just a or tlet.”

He then moved on to his entrance. Regarding his mask, Black explained: “I wanted to link something that was a bit closer to me as a Dutchman. I think a lot of people don’t even realize that, even though I speak English, I wasn’t born in this country. It’s not my native language. I had to learn this language. The mask is based on Cernunnos who was a lesser Celtic god. It was, sorry, it was a Celtic god, which was worshiped in the lower Celts and also in Britain…”

“He’s sitting cross-legged, which I found very interesting,” he added. “He was revered in the Netherlands even before the Netherlands was nicknamed the Netherlands. There were all these connections like Europe and the Celts and the Celtic tribes and the tribalism and stuff that, in a sense, are related to my ancestry, in a sense. Because obviously, I’m referring to things that are two, three thousand years old, but still spawned and originated in a country where I come from. I wanted to tie it to something that was if it was basically my Picasso. If that was the big thing I wanted to paint, I wanted it to have roots where I came from.”

Finally, he discussed his choice of entrance music. He thought choosing a Dutch band (they’re from Belgium) was a perfect choice, and the title of the song even comes back to him.

“Ogentroost is an herb that you rub on an eye when it’s irritated. So it’s kind of related to that thing (his eye) too. I just heard the song because they just released their new album. I just listened to the song and I knew the guys. I was just like, I’m good friends with people. I’m good friends with Relapse Records. I was just like, ‘Man, this’ is a shot in the dark because these guys are creative geniuses.’ This whole Church of Ra they have is like a collective of many groups,” Black said. “They have their own bible, they have their own book, they have their own imagery,” That speaks to me too, because I have the exact same thing. There are so many traditions around this band. There’s so much tradition with these guys and they’re such creative people.”

Black said he wouldn’t use the song unless all band members were on board, which they were. He also hopes to support them once international travel returns to normal and the band can tour the United States.