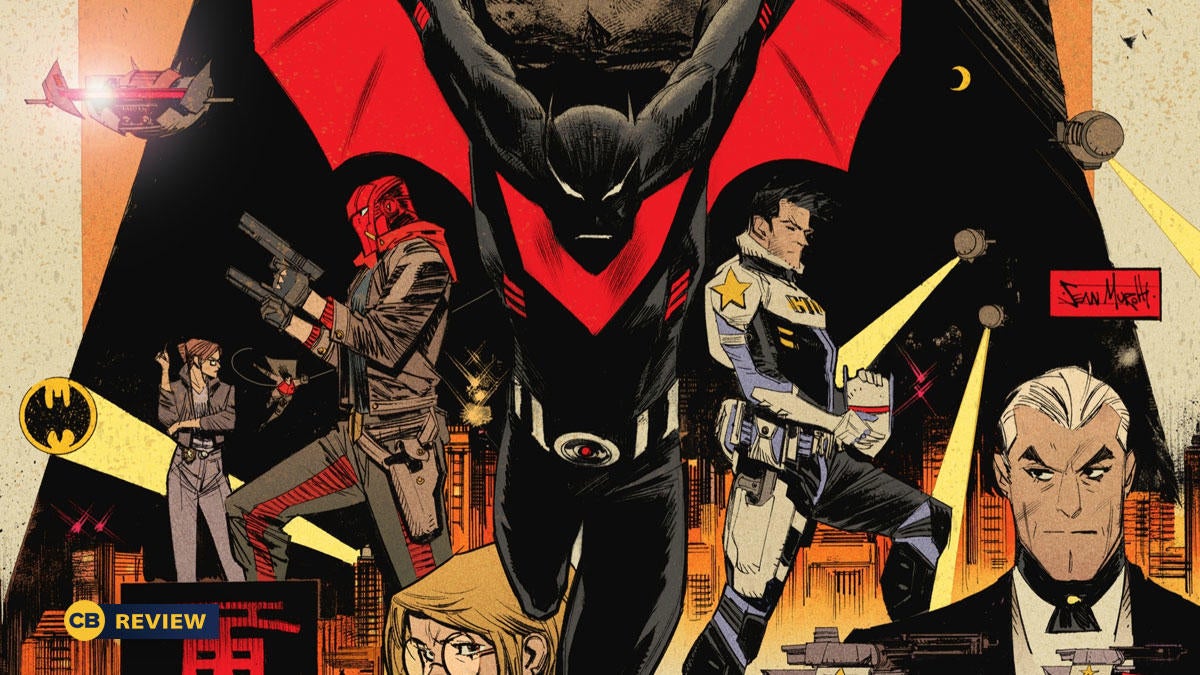 An exceptional return to form

The world of Batman: White Knight is one of my favorite little corners of the big DC Universe, and now writer and artist Sean Murphy, colorist Dave Stewart and Andworld Design letterer are back with a new chapter titled Batman: Beyond the White Knight. As the name suggests, this latest adventure will bring the mythology of Batman Beyond into the world of White knight, and also moves things 10 years into the future, shaking up this beautiful world in a new way. That said, White knight is at its peak when it examines the relationship between the Bat family and what led to all the baggage that those relationships carry, and that’s at the heart of this latest comeback. It’s a hell of a start, and I couldn’t recommend it more highly.

Let’s get that out of the way now, because all of this review could only be compliments on the dazzling artwork, colors, and lettering by Murphy, Stewart, and Andworld Design. If you had any visions of this Murphy-style Batman Beyond costume, you won’t be disappointed, as Murphy keeps the design of the costume perfectly minimalist but with a few touches to give it that modern flair. Stewart’s vivid colors instantly capture your eye while painting a vivid portrait of the new Gotham that this mysterious Batman inhabits, and many of these pages require posters to truly appreciate their grandeur.

Ironically, the Beyond suit isn’t often in trouble, but the team applies a similar but slightly modified twist to Batman memorabilia, recreating Bruce’s early adventures with Jason Todd’s Robin, giving them an almost vintage tone that gives always feel like it’s a part of the White knight world. What’s more impressive though is how the team portrays the emotion, including several scenes involving Bruce and Jason that capture a moment of vulnerability and regret like no other. These moments are the basis not only of their relationship from now on, but of this issue as a whole. Although Terry McGinnis is a factor here, he’s not the only star.

Speaking of which, although she’s not the focal point, White knightHarley Quinn shines once again in this series, bringing back the charismatic and relatable mother trying to raise two children in a difficult world. The dynamic between her children couldn’t be more different, but she also seems quite familiar to parents despite the more eccentric circumstances at play, as most people don’t have the Joker as a father.

If you’ve read along with the other comics in this series, you’ll get even more out of this problem, but surprisingly these really don’t have to figure this out and catch up. As for the nitpicking, there was a line or two of dialogue that felt a little forced, but it just tried to find trouble frankly and was easily ignored.

Batman: Beyond the White Knight #1 captures your attention instantly with its eye-catching visuals, but it’s the oh-so-human family dynamic at the center of it all that makes it so great. If you’ve been about to dive into the White Knight universe, this is the perfect place to start, and if you do, you might find yourself jumping all the way. Trust me, you won’t regret it, and I can’t wait to see where things go from here.

One Piece Artwork Imagines Luffy’s New Form In The Anime

Do you constantly use filler words? Here’s how to stop…