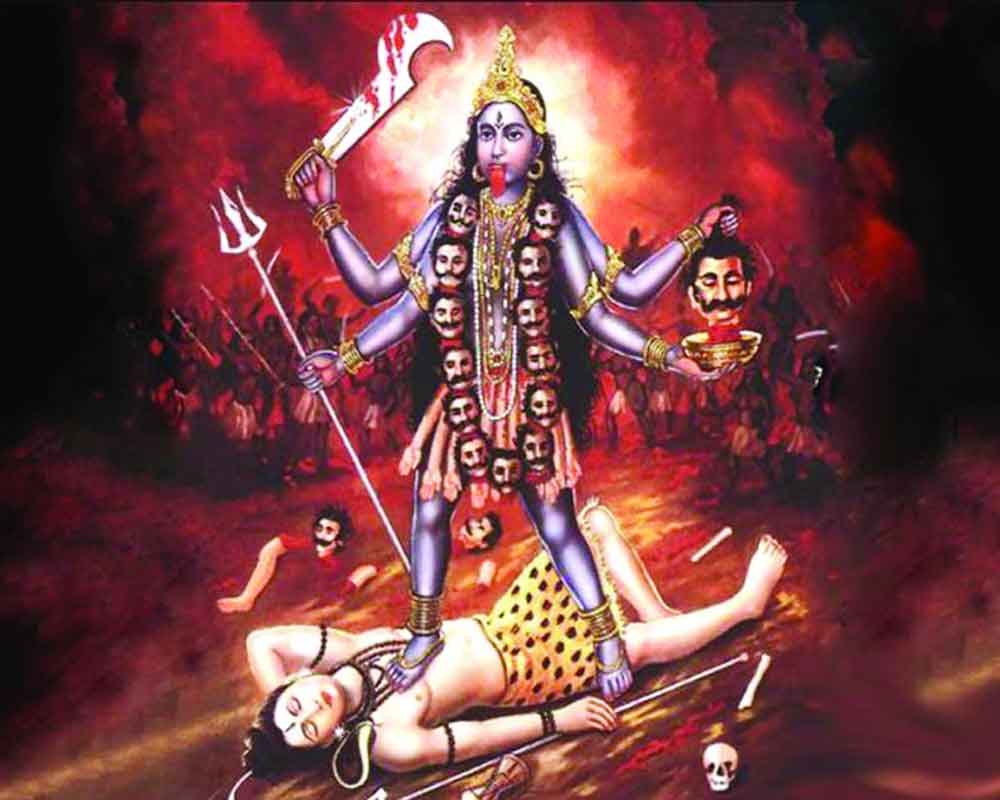 I wish readers a very happy Diwali and a prosperous year ahead. On this solemn occasion, people in most parts of India offer prayers to mother goddess Lakshmi, the person who personifies wealth and prosperity. The goal is to be well prepared to rekindle the creative spirit not only to meet its existential needs, but also to satisfy its aspirations. Keep in mind that nothing comes without smart and spirited effort, and it wouldn’t happen without encountering challenges along the way. As a result, one must be vigilant enough to seize opportunities that arise well in time. Also, visualize and negotiate the challenges encountered with ease and comfort.

According to legend, Lord Shri Ram defeated Ravana and his demonic forces on the day of Vijaya Dashami. After which he reached Ayodhya on Diwali day after the end of his 14 years of exile. To greet Shri Rama and his entourage, the citizens of Ayodhya lit up the darkest night of the year with earthen lamps. In addition to the commemoration of this event, this solemn occasion has a symbolic significance. We must transgress the ignorance of the mind and be enlightened by conscious effort.

In Bengal and adjoining parts of eastern India, however, people worship Goddess Kali on this occasion. She is seen in a running mode cremation ground, having one leg resting on Lord Shiva’s body lying in a corpse pose, and the other behind. She is shown naked and dark like an ominous rain cloud, meaning she is beyond our comprehension, with space as her garment. She is shown sporting a garland consisting of 50 severed human heads, with lower parts covered by human hands strung together. Lord Shiva here symbolizes the primordial source bearing the seeds of creation, originally in a state of rest. It is as if Kali begins to pick up the life essence of Lord Shiva, to manifest in the phenomenal world with all its enormity and diversity.

In fact, Shiva and Kali are nothing but twin aspects of one and the same thing (a Singularity) – He as Radical Potential and She as Her projection, the kinetic side. She, as the bearer of transcendental consciousness (but not in active play) – the seed, cause and source of all creation – is the “Immanent” aspect of Consciousness, which transforms seeds into fruits.

It is something like the sea, which by itself is still and immutable, from which emerge self-caused tidal waves with all its fury. Once the tidal waves return to the primary source, the sea surface becomes calm and clearly visible again. The waves, although apparently separated from the sea, in reality have no specific identity, differentiated from the ocean. Likewise, the identity of Kali should not be seen as differentiated from Shiva. Manifest living beings also have no identity, apart from the two modes of consciousness either.

The whole scene taking place in a cremation ground signifies the closure of all karmic duties and obligations, as the severed hands would symbolize. There is then no place left for the sense of desires and ego to exist, as symbolized by the severed heads forming His garland. Likewise, the moving Universe is supposed to close one day, ending the world game of names and forms, when Kali withdraws the life forces upon herself. With this obviously Kala (the course of time) also comes to the end of its cycle. The fact that She the Creator, also the Devourer, withdraws Kala from Herself, is so called Kali. Again, from the seeds of creation left behind, a new universe emerges. The life cycle therefore continues to follow one another.

It is interesting to note here that when the primordial source, originally in a state of equilibrium, is agitated due to causal stress, the corresponding sound that arises is O? This is followed by secondary waves of energy trinity – Sata, Rajasa and Tamasa. Additionally, as a result of the three randomly mutating, multiple energy streams emerge. Among them, supposedly 50 sound notes corresponding to different energy flows, are audible to human ears, which are symbolized by the garland of 50 chopped heads that Kali sports. These sound notes which, in spoken and written terms, are symbolized by 50 alphabets of the Sanskrit language. Thus, even the language in use, in terms of Indian philosophical perception, owes its genesis to this very Singularity, which remains the source and the effective cause of the manifest plural world.

The writer is an astrologer, vastu consultant

and spiritual advisor. Connect with him on