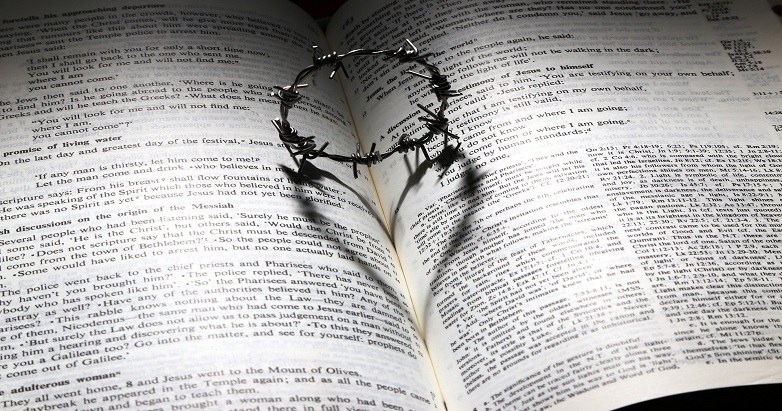 A while ago, I heard the word “bibliolatry” in a video chat between Christian apologetics Mike Winger and Alisa Childers. My first impression, just from the connotation, was that ‘Bibliolatry’ literally means ‘to worship the Bible’. Now, I think it refers more to Christians choosing Bible verses for their planners.

This segment of Alisa Childer’s discussion with Mike Winger taught me the word “bibliolatry”:

I completely agree with Mike and Alisa. No Christian should consciously “worship” the Bible. As Mike says, the main thing is to respect what Jesus commands us to do in his Word.

So what exactly qualifies as “bibliolatry”, then?

I think that’s another way of referring to Christians choosing what they believe in the Bible.

With icing on the cake!

Here is a great video I found by Christian YouTuber Halidom addressing the issue of Christians picking Bible verses:

I agree with Halidom, it can be really difficult do not cherry picking sometimes. With several different viewpoints in the Bible, especially among the four gospels, this can be tricky.

She gave a great example of contradiction in verses by pointing out such an example in 1 Corinthians. Those who say women shouldn’t preach are using 1 Corinthians 14 as support. However, Halidom notes that a few chapters earlier, the text also gives guidelines for men and women on how to prophesy correctly.

Halidom pointed out that cherry picking can also come from intentionally ignoring uncomfortable passages. Isn’t that ironic? I did the same with certain passages from the Old Testament.

Along with his great analysis of what pecking means, Halidom also gave a delightfully ironic example of general pecking. As she said in her video, we Christians cannot call the Bible a “rulebook” while refusing to obey every commandment from its pages. There are so many Old Testament rules that we refuse to obey, just as they are.

It is a tragedy that some Christians nevertheless seek to justify legalistic and harmful ideologies.

Twisting the Bible to justify abuse

No Christian should ever use Bible verses to empower themselves to perpetuate cruelty against someone else. Even then, spouses and parents seem to believe that God overlooks them by abusing people who trust them.

Here is an excellent video on Christian domestic violence by Dr. Charleys Lyons:

I appreciate Dr. Lyons calling them “Christians” who use the Bible to justify their cruelty to others. He did a great job breaking down the Bible verses used by abusive spouses to justify their abuse of their partners. It’s so important that he reminded us in this video that verbal abuse can quickly escalate into physical abuse.

This quote stood out to me the most:

“…But don’t confuse being patient and forgiving with a justification for being abused by that other person.”

Dr. Lyons refers to this verse from Ephesians:

“Be kind to one another, compassionate, forgiving one another, as God has forgiven you in Christ.” (Ephesians 4:32)

He says this verse sums up the Christian spirit beautifully. However, he also warns us not to let an abuser use this passage or similar passages to coerce us into accepting abusive treatment.

While we are called to forgive one another, abusers cannot demand that we blindly ignore their unrepentant sins against us.

Unfortunately, there are “Christian” parents who apparently don’t care what Jesus said about those who trip up little ones (Matthew 18:6). One of the most horrific examples I’ve come across is this, where a little girl named Lydia was beaten to death by her parents.

Content/Trigger Warning: This video directly mentions an example of “Christian” parents killing a child through physical violence. Towards the end of this video, they show footage of injuries to Lydia’s older sister.

Lydia, a 7-year-old child, was beaten to death by her “Christian” parents. According to the commentator of this video, his corpse was comparable to a victim of an earthquake or a bombardment.

It is openly assumed in this video that The Teachings of Michael and Debi Pearl were a direct inspiration for this murder. The Pearls lead their ministry No greater joy, through which they claim a dangerous misinterpretation of disciplinary Bible verses. Michael wrote the book train a childwhich prompted Lydia’s adoptive parents to violently beat her to death.

Think of the children! Not really.

What about Christians who think it’s ok? Yes, children must be disciplined. Absalom, King David’s manipulative son, is a prime example of what happens when parents fail to rebuke their child’s misdeeds (2 Samuel 15).

But how can a Christian feel justified in saying that he is allowed to to beat children to this degree? Do they really think for a second that Jesus applauds that? How is that not self-righteousness in action?

Ah, but clearly, they “follow the Bible to the ‘T'”, didn’t they? Well, I guess these verses don’t matter then:

“Fathers, do not embitter your children, otherwise they will become discouraged.” (Colossians 3:21)

“Fathers, do not irritate your children, but bring them up in discipline and instruction from the Lord.” (Ephesians 6:4)

Yes, the Bible tells us to honor our parents. But he also warns parents to avoid abusing their children.

As someone who has dealt with an emotionally abusive stepfather at one point, Colossians 3:21 means the world to me. For the good of all children, I wish that these verses be taught as much as the others.

Make an idol of dogma

Obsessed with the verses that substantiate your worldview is idolatry. Instead of listening to the instructions of the Holy Spirit, you harden your heart against mercy and listen only to your self-righteous opinions.

One of my favorite verses of all time is this:

“For I desire charity and not sacrifices, the knowledge of God rather than burnt offerings.” (Hosea 6:6)

Jesus refers to this same verse in one of his New Testament discourses:

“Go and learn what it means: ‘I desire mercy, not sacrifice.’ For I did not come to call the righteous, but sinners. (Matthew 9:13).

May we all be careful not to be like the Pharisees who opposed Jesus. They said they followed the law to the letter, but they deliberately refused to show mercy to others.

Christians who use the Bible to justify their sins against others are like those Pharisees. What’s the point of saying you “follow the Bible” when you violate its commandments to be merciful and loving?

Jesus spoke clever words to undermine the self-righteous. Anyone who claims to be just without practicing love and mercy is fooling himself. ‘Cause if there’s no love behind what we Christians do, what’s the point (1 Corinthians 13)?

Hello and thank you for supporting my work here on Patheos! If you want to support me further, feel free to “Buy Me A Coffee” here:

Ncikazi must watch his words