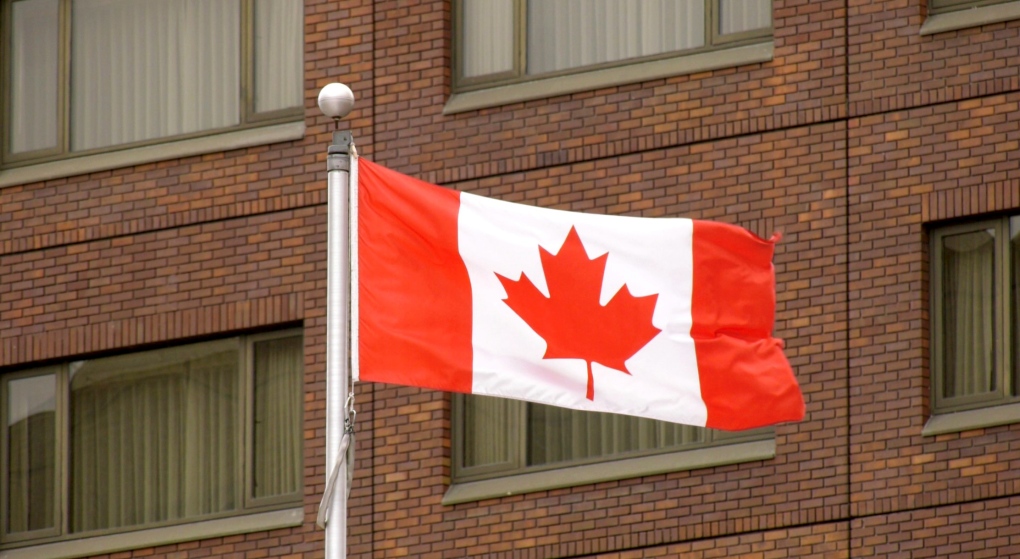 The appearance of the Canadian flag at COVID-19 mandate protests across the country has Albertans wondering what the red and white maple leaf really means to them.

The flag, often seen as a symbol of patriotism, is now waved in the name of freedom and the ability to choose amid pandemic restrictions that some Canadians see as a violation of their basic rights.

Experts on the subject, such as Carmen Celestini, a postdoctoral fellow with the Disinformation Project at Simon Fraser University’s School of Communication, say waving the flag at protests gives some people a deep moment of reflection.

She says the discovery of unmarked graves at former boarding schools across Canada first sparked protests where flags were raised upside down – a symbol of distress – as Canada Day celebrations were condemned.

“He was also attached to certain ideas of right-wing extremism, conspiracy theories and questionable attitudes towards the government, so people were really wondering who we were and what this image means and what it broadcasts in the rest of the world,” Celestini said. .

“I think even though we now question ourselves and do a self-assessment of ourselves as a nation, I think the flag will hold strong and people will always be proud of it and think of something that is symbolic, a polite nation, a country that cares.

Celestini adds that other countries like New Zealand and Australia are now waving Canadian flags as a symbol to show that Canadians started the trucking convoy and the freedom protests.

“It has become a rallying call with much of the protest movement that we see based on populism and nationalism and this flag can resonate with them,” Celestini said. “It can be a social movement tool, so we can see them finding unity.”

Although it symbolizes freedom, some Calgarians are disappointed with the way the flag has been portrayed during protests.

Saima Jamal, co-founder of the Calgary Immigrant Support Society, came to Canada from Bangladesh some 25 years ago and says the Canadian flag should always be seen as a symbol of pride, unity and love.

She believes the majority of Canadians wave flags with these powerful emotions in mind, but she disagrees with the use of flags during COVID-19 mandate protests.

“Lately I’ve seen this flag being carried by people who don’t believe in science, who want to get rid of this government in an undemocratic way, who want to set up something very dangerous and who use this flag to relate to blockages of illegal activity,” she said.

“Some protesters have used the flag to stop billions of dollars in trade, they are using the flag to keep Ottawans awake day and night by honking their horns and yelling at people wearing masks.”

Jamal adds that she is proud to be Canadian and remembers that obtaining her citizenship in 2003 was one of the best moments of her life.

“It made me feel powerful, you know, it made me feel like I’m now a citizen of one of the best countries in the world, so it’s a huge sense of pride and happiness and that’s what the flag should symbolize,” she said.

This sentiment is shared by newcomers to Canada like Freshta Aslamzada, who immigrated to Calgary as a refugee from Kabul, Afghanistan just four months ago.

She remembers the moment she first saw the Canadian flag in her home country.

“At that time, the Canadian flag meant unity, it meant hope and also a bright future.

Asked about the Freedom Convoy protests taking place in Alberta and across the country, Aslamzada added that everyone is entitled to their opinion, but the flag should not be displayed upside down or defaced.

“The reality of a flag for any country is the identity behind it and how very acceptable and dear it is to them, so when you don’t appreciate someone’s flag, it’s like running out of respect to someone’s identity, so that means you don’t like them at all.”

As the image of the Canadian flag takes on a different meaning, some Calgarians hope others can put aside their differences and live without feelings of division toward one another.

Al Seddon is a local veteran who joined the Royal Canadian Air Force in 1954 and served 22 years.

He says the image of an upside-down flag or its defacing at protests bothers him, but he says it can still be a good opportunity to get to know each other.

“The Canadian flag is sacred, it is a symbol of our unity,” he said.

“I think if people put in half the effort working to make things better than tearing them apart, we’d all be better off.”