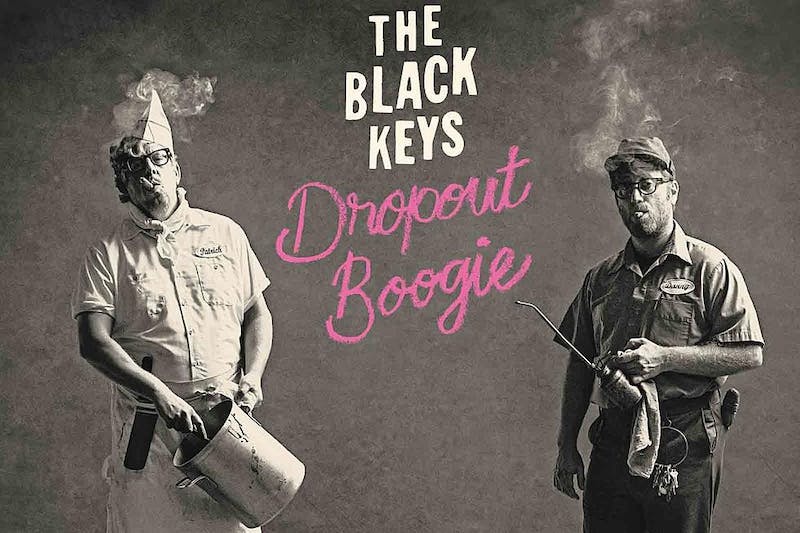 CHRONICLE: The Black Keys are back in form on “Dropout Boogie”

The Black Keys are no strangers to the alternative rock scene. For over 20 years, their gritty, blues-inspired sound has rocked the airwaves with hits like “Tighten Up” and “Lonely Boy.” With the release of “Dropout Boogie” on May 13, their work now spans eleven full-length albums, many of which have been nominated or won awards.

Their 2021 release, “Delta Kream” took them back to their roots. A collection of covers from their early career, the album captures the classic Mississippi Delta blues sound that inspired members Dan Auerbach and Patrick Carney in their youth.

While the album was an effective and respectful tribute to this blues tradition, it lacked the energy and variation that the Black Keys have ingrained into their sound over the decades. “Dropout Boogie” reintroduces these elements with all the vitality and spirit for which the group has become famous. Their artistic roots shine through brilliantly, with each track reminiscent of their previous music without seeming uninspired.

This energy is evident from the first beat of the album. The first single, “Wild Child”, opens with a strong but simple guitar and bass riff forming the harmonic basis of the song, with Auerbach laying down a driving rock backbeat on drums. Although the two-chord melody is rather straightforward, Carney and Auerbach’s drum and guitar fills never let the song stagnate.

“It Ain’t Over” presents the listener with a rising bass line before Auerbach’s distortion-laden vocals enter. This tune compares the risks of love to the risks of gambling, calling each a losing game.

The duo’s roots are surprisingly present on “For the Love of Money,” which begins with a rock shuffle and a bluesy riff reminiscent not only of southern blues, but also of earlier Black Keys music. It bears an uncanny similarity to “Get Yourself Together” from their 2019 release “Let’s Rock!”

Continuing the exploration of the blues is “Your team looks good”. Following a more traditional melodic structure, this tune repeats its phrases for effect and has only four distinct lyrics. On paper, that might sound boring, but The Black Keys bring enough energy to their performance that they don’t demand anything more.

Departing radically from that sound, “How Long” lessens the intensity, Auerbach’s vocals taking on a softer legato quality, while Carney creates a washed-out texture on the cymbals.

The Black Keys don’t often feature these slower jams in their work. Although they usually represent a departure from an album’s dominant sound, these songs prove that band consistency isn’t out of necessity. Notable examples include “Walk Across the Water” from “Let’s Rock!” and “Everlasting Light” from the 2010 “Brothers” album.

As the only song on this album to use a blues harmonic structure, “Baby I’m Coming Home” offers the most textural variation. The verse and chorus feature distinctly different harmonies and rhythms not always the case with the Black Keys, and the song slips into double time for a section two-thirds of the way through. The song is dedicated to Auerbach’s daughter, Sadie, and is about the long periods away from home that plague touring musicians.

All in all, fans shouldn’t worry that The Black Keys have lost their spark, even though their latest album strayed from their signature styles. “Dropout Boogie” recalls the powerful, smooth sound they honed during their years together and brings The Black Keys back to a place of consistency.