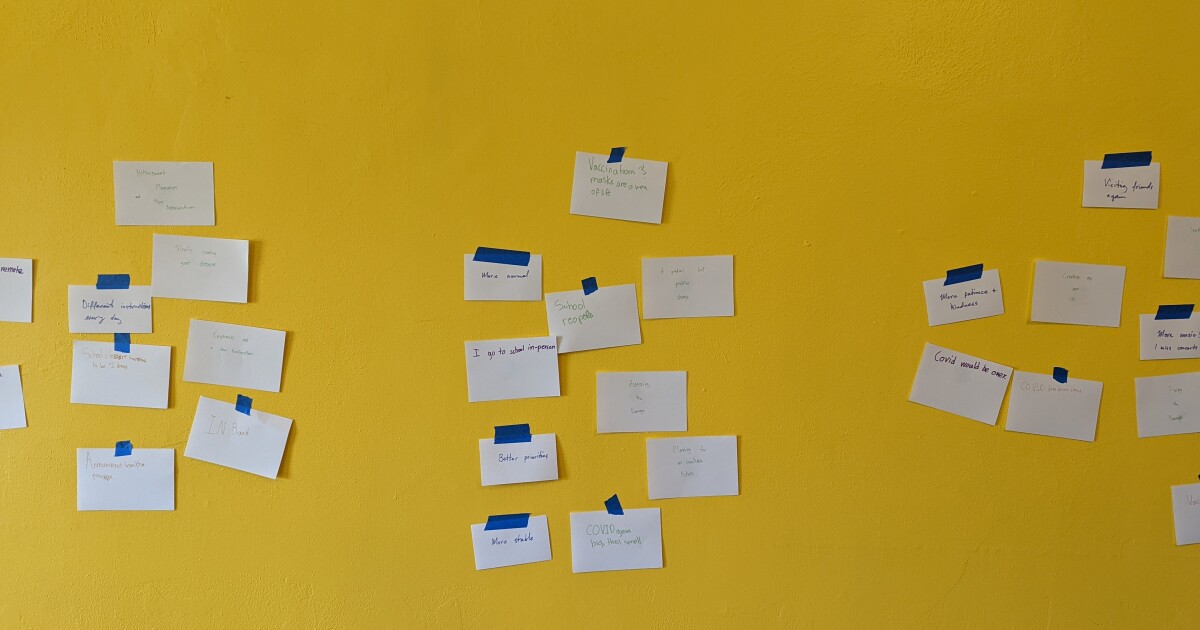 Local composer Eddie Breitweiser presents his latest work Friday at the McLean County Museum of History. Breitweiser’s organization — pt.fwd — has become one of the main distributors of experimental music at the museum. Here he offers his own piece, “Six Words,” crafted from community members’ written responses to the pandemic and part of a statewide initiative called “Viral Silence: Community Portraits in response to COVID-19”.

Like most arts organizations, Christophe Preissing, founder and artistic director of NON:op, said the model for presenting works has changed dramatically during the pandemic.

“We started doing things online and it became much more research-based,” he said. “They also became a lot less hierarchical in the sense that we weren’t interested in doing a play and going somewhere and performing it for an audience that we thought should see it or hear it, which didn’t seem like make a lot of sense starting summer 2020. Since then, our goal has been to build relationships – with an organization, a neighborhood, a city – to see if there’s something there, and then to do something together. ‘Viral Silence’ fits into that.

Preissing said it “feels good” to work on these kinds of projects: “I feel like it’s a really creative outlet for me, producing and organizing and bringing people together to make things happen. »

Under the “Viral Silence” umbrella, “Six Words” is one of six projects that have taken place across the state over the past two years. Each selected artist was tasked with capturing the experience of the pandemic in their respective Illinois communities, from Chicago to Carbondale.

“I was pretty discouraged about being a representative of a pandemic experiment,” Breitweiser said. “It will stop you in your tracks. It took me some time to think about what I could contribute.

One of the first things that came to mind was a joint effort between community organizers and the McLean County History Museum to document the pandemic in real time. The project, titled “COVID-19: The McLean County Experience,” was a repository of written reflections and other ephemera similar to the museum’s oral history project that could be contributed by people back home.

The archive included an array of experiences responding to prompts posted on the museum’s website, detailing everything from non-stop Zoom calls to the trauma surrounding the death of a loved one. Breitweiser held a workshop for young people building on the idea, and collectively this group identified six overarching themes used to build the Breitweiser soundscape. Aspects of the piece will be composed in real time during Friday’s concert based on feedback from the audience.

“The intent of listening is to create sensory space for people to think,” Breitweiser said, adding that in this way the project itself works as a cathartic way to deal with the pandemic — together.

But what will it look like? You’ll have to come to find out, he said.

“’Moving On’ is the last movement of the piece,” Breitweiser said, “and it will be an opportunity to hear people. Where do they think we’re going next? I have a few guesses, but I want to hear what others have to say.

“Six Words” takes place online and in person on Friday, June 24 at the McLean County Museum of History. Free tickets can be reserved online at nonopera.org.