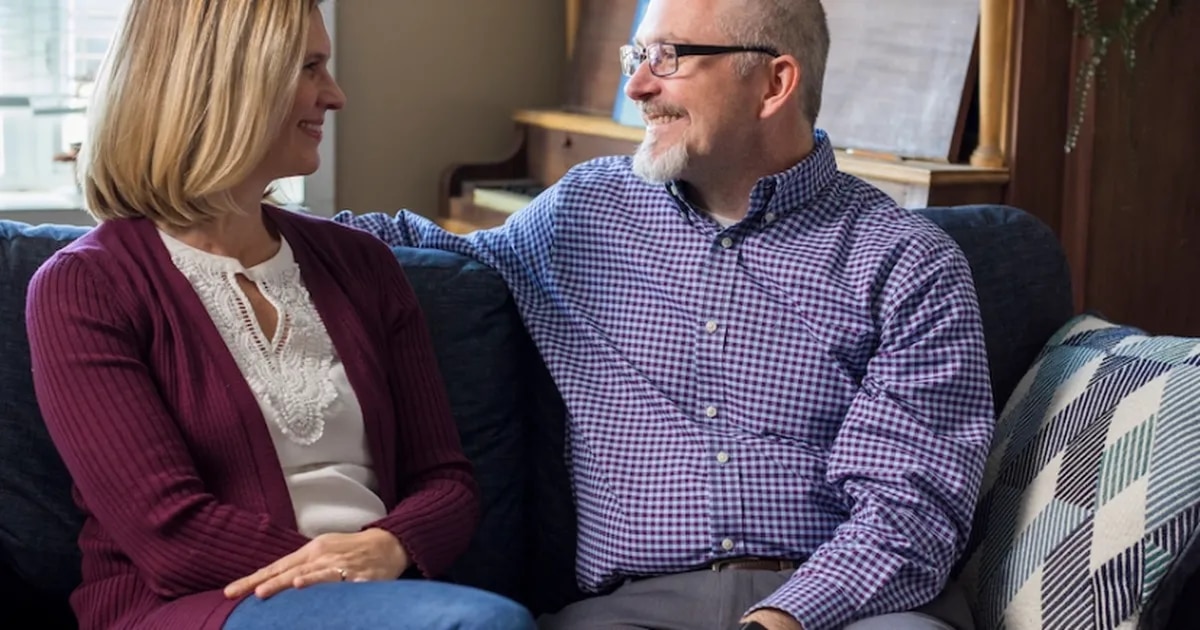 McKay dedicated his life to sharing God’s love with his students and family – a calling evident even in his last words.

McKay and his wife, Lee-Ann, woke up to an ordinary Saturday. With little on their to-do lists, they looked forward to a lazy day around the house. But then Michael felt a sharp pain in his neck.

“The pain was almost like it was sound,” Michael said. “I don’t want to say I heard it, but I wondered if maybe I had twisted a muscle in my back.”

He tried to get out of it. But a potentially twisted back soon gave way to a completely numb left leg. And Lee-Ann found Michael descending the stairs, unable to trust his body to bring him down safely.

“We went to the Greene Memorial ER just down the street,” Michael said. “So luckily we were only a short distance from that hospital.”

A sobering calm blanketed Michael’s room as he and Lee-Ann awaited his life-saving intervention.

Michael’s head was spinning with the words he had been rehearsing in his head for so long – words he couldn’t believe he was about to share.

“One of the first things I said to him was, ‘I don’t want you to be mad at the Lord for what’s going on here. I don’t want you to be bitter. I know a lot of people blame God or things that happen in their life that they might consider bad or bad. But I didn’t want my wife and kids to struggle with it,” Michael said. “I wanted them to know that their dying father and husband were very grateful for the life he was given.”

Tear-stained cheeks, Lee-Ann took what Michael had said to heart.

“I remember thinking, ‘How am I here at this point right now with my husband sharing these last words with me?'” Lee-Ann said. “And my heart just felt like it was breaking one minute, but the next minute I just felt this overwhelming feeling of love and thankfulness to the Lord because I left that conversation knowing that d First and foremost, my husband loved the Lord, and second, he loved the children and me.

A little peace to hold on to

Lee-Ann needed every ounce of that gratitude to endure. She settled into the waiting room at Kettering Health’s main campus, having no idea she would be waiting to hear from Michael for nearly 11 hours.

Still, she found pockets of comfort in friendly faces along the way.

“One of the guys in the ambulance found me and said, ‘Your husband wanted me to tell you he loves you very much,'” Lee-Ann recalled. “It was so sweet. I thought, ‘Lord, what a sweet blessing to have.’ »

A moment with God

Michael gave his family the words he needed them to hear. But as he was brought back for an operation, he needed to have one last conversation: this time, with God.

“The last thing I really remember doing consciously is praying,” Michael said, “and asking the Lord if He would spare my life.”

Michael did not want to leave his wife and children behind. He knew he still had a lot of memories to make with his kids, and he didn’t want Lee-Ann to be alone. But when it came to accepting his death, Michael felt ready.

Michael’s faith tells him that when he dies, he will be resurrected like Jesus was. And his last words before the operation were proof of the peace he had made with death.

“I went into surgery thinking, ‘Oh, well, I could be with the Lord Jesus today,'” Michael recalled. hope this isn’t the end. And even if I could leave all these things that I appreciate and love, it wouldn’t be the end of my life.

What was hours of waiting for everyone felt like minutes for Michael. The first words Michael remembers hearing when he woke up shaped his story just as much as those he thought would be the last.

“The first thing the nurses and doctors told me was that it was a miracle,” Michael said.

And so began the period that Michael calls his “bonus round”: the extra time Michael never expected to get.

“It gives you a bit of, OK, God gave him more time with me, let’s make the most of that time,” Lee-Ann said. “We never cease to feel such gratitude for the Lord and for the medical professionals who have brought Michael to this point.”

Physically, Michael still isn’t 100% back to where he was before the operation, but he’s closer than he’s ever been.

“It gave me more nuance and experience to be able to express my desire to obey the Lord Jesus. To love my wife and children and those around me,” Michael said. “To be productive with life that he gave me. And now, with that feeling of gratitude and appreciation, I really feel and think I got a bonus round.

Michael is back in class doing what he loves the most. But now with even greater insight. He sometimes links his own story to the lessons he shares with his students, his testimony reminding him how precious life is.

“When we think about our own mortality, we often like to put it off as much as possible. And yet, we all know it’s going to happen,” Michael said. “I think it’s healthy for us to think about it before it happens, because it makes us ask ourselves the big questions in life.”

Michael is still coming to terms with his understanding of the shortness of life. And he takes advantage of every moment to rejoice, cry and thank God.

We use them all the time during election campaigns, but these words and phrases have meanings that many of us are unaware of.