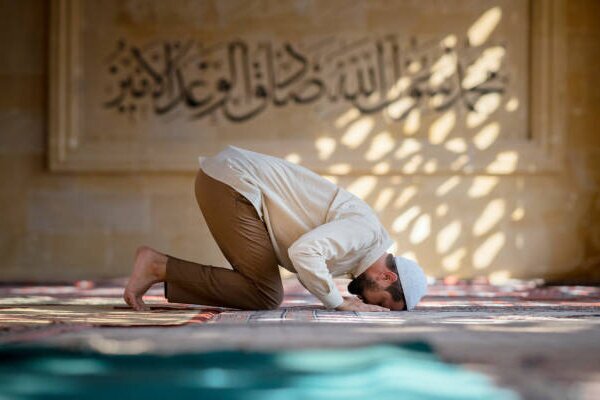 TEHRAN (IQNA) – Many verses of the Holy Quran are related to Salah (daily prayer).

Saying daily prayers is Wajib (obligatory) in Islam. The importance attached to prayer in religion is such that even for those who cannot say their prayers normally due to certain conditions or in an emergency, there are specific instructions to observe the prayers as much as possible.

Salah occupies such an important place in Islam that, according to the hadiths, abandoning it is equivalent to denying the religion and departing from it. Sometimes missing the daily prayers is due to negligence, but that too is a sin.

The Holy Quran says: “Pay attention to your prayers, especially the middle prayer and arise in prayer, in obedience to God. In an emergency, you can say your prayers while walking or riding; but when you are safe, remember God, for he has taught you what you did not know before. (Surat Al-Baqarah, verses 238-239)

These verses talk about Salah and its preservation and they come after verses that talk about family problems, divorce and the duties of husband and wife. It could mean that by preserving and observing our Salah, we will be immune to many problems and harms, including family problems.

There is a Hadith from Imam Sadiq (as) that says Salah is an opportunity for someone to purify his soul five times a day.

This verse (238 of Surah Al-Baqarah) emphasizes the attention paid to daily prayers, especially the middle prayer. There have been different views mentioned on what the middle prayer refers to. One possibility is that it refers to the noon and Asr prayers, and another view holds that it means the Fajr prayer.

In any case, Salah is a Wajib duty which cannot be abandoned and must be observed under all conditions.

This is why the following verses say: “In case of emergency you may say your prayers on the march or on horseback; but when you are safe, remember God, for he has taught you what you did not know before.

This verse refers to Salat al-khawf, which is a method of performing Salah in the event of battle or other form of immediate danger that prevents Muslims from performing the normal prayer.

An important point in this verse is that it refers to Salah as Dhikr (remembrance of God), which indicates that Salah is one of the examples of Dhikr and its highest form.