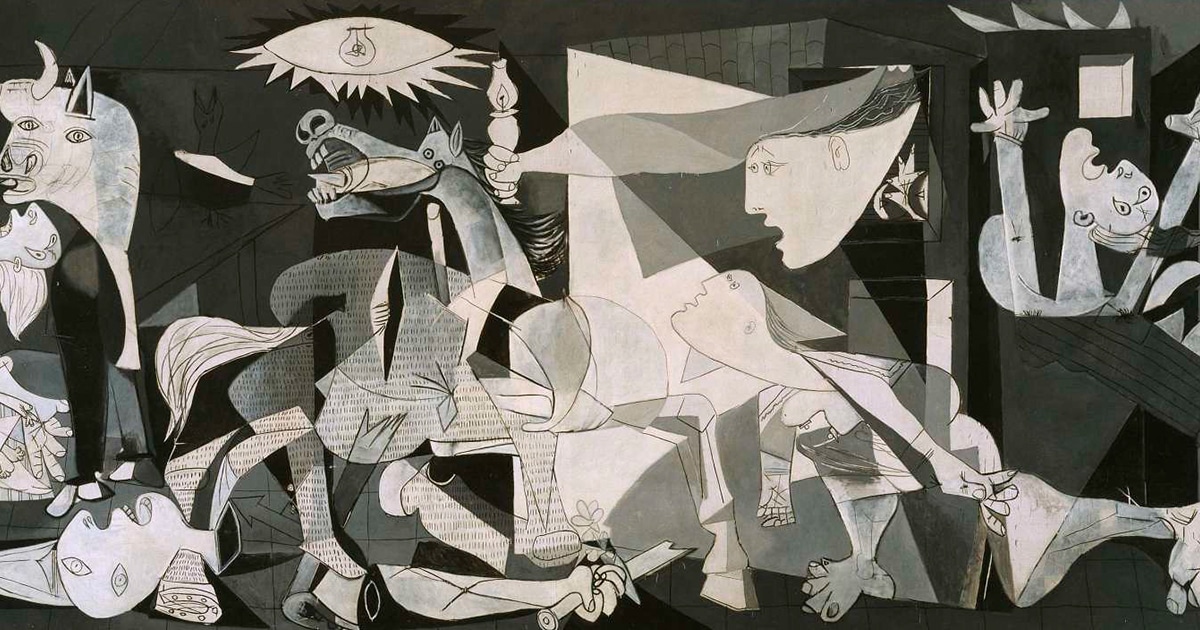 As one of the most famous artists in Western art history, Pablo Picasso is known for his remarkably prolific career which spanned 79 years and included multiple disciplines. In particular, his paintings have undergone several stylistic evolutions such as cubism and surrealism, reflecting the artist’s constant need to push the limits. And while many of Picasso’s paintings are known for their pioneering appearances, only one is known for its powerful anti-war message: the 1937 painting, Guernica.

At approximately 11 feet tall and 25 feet wide, this massive work is visually arresting for its scale, composition, and unusual grayscale palette. Its dark subject matter was fueled by the Nazi bombardment of the Basque town of Guernica in northern Spain during the Spanish Civil War. The work was later used by the Spanish government to help raise awareness of the war and raise needed funds.

Here we will learn more about the historical context in which Guernica was made before analyzing the anti-war symbolism in the painting. 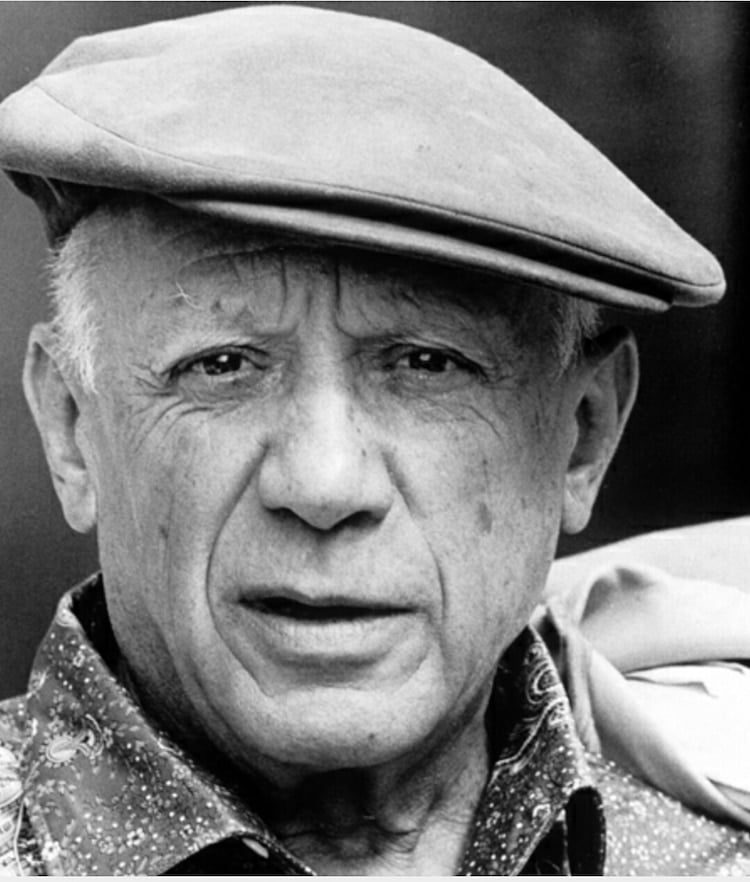 picasso (1881 – 1973) was a Spanish child prodigy who began his creative career at the age of thirteen. As he continued to make art, his realistic and academic approach to painting faded, while other more imaginative styles became increasingly important. His work can be traced through eight different periods: realist, blue period, rose period, African, cubism, surrealism, neoclassicism and later works. Picasso used each of these distinct approaches to explore aesthetics, figurative subjects, emotions, and reality. He is considered one of the most influential figures in modern art.

Commissioning Guernica and its historical context 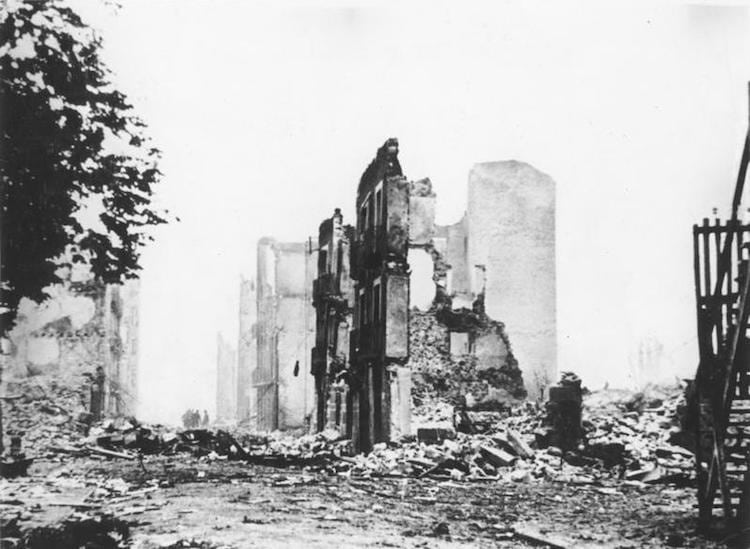 Photograph of the ruins of Guernica, 1937 (Photo via Wikimedia Commons, CC BY-SA 3.0 de)

In 1937, Picasso, who lived and worked in France, was commissioned by the Spanish Republican government to create a work of art for the Spanish pavilion at the upcoming Universal Exhibition in Paris.

Meanwhile, Spain was in the midst of a civil war between Republicans and Nationalists. The Basque town of Guernica was one of the bases of the republican movement, as well as a center of Basque culture. For this reason, the city was targeted by Nazi-assisted Nationalists and bombed on April 26, 1937for two hours. 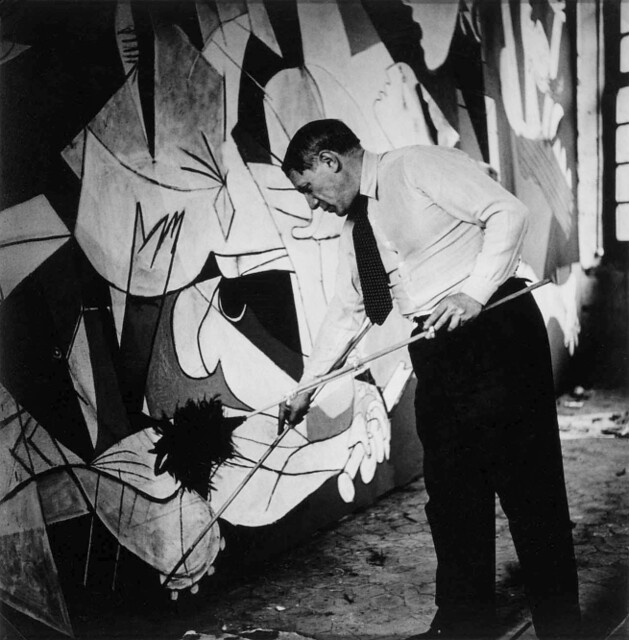 Shortly after the tragedy, Picasso was encouraged by a close friend to make the bombing the object of the commission. Picasso immersed himself in reports of the atrocities and, horrified by the state of his home country, began work on a large-scale painting based on the event.

The piece was completed in just 35 days. 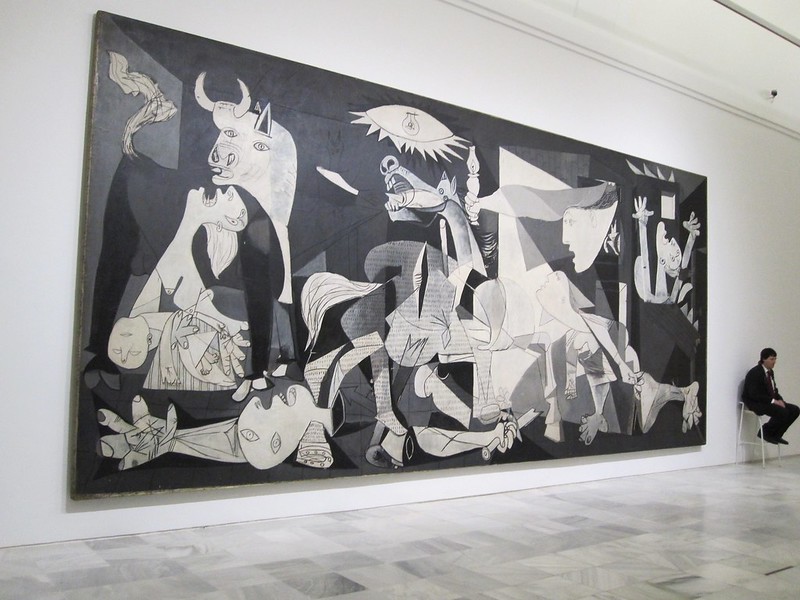 Since the commission was originally intended to be a mural for the World’s Fair, Guernica was designed as a very large painting on canvas (about 11 feet by 25 feet). Picasso opted for matte house paint so the room had little to no shine, and he chose a limited palette of black, gray and white to mimic the effect of black and white photography.

Guernica depicts the aftermath of the bombardment in a confined space. From left to right: a distraught mother mourns her dead child; a bull rears over his shoulder with a blank or shocked expression; a wounded horse cries out in pain as a dead soldier is pinned under its body; two women watch the scene in amazement; and another woman is trapped in a fire and screams. 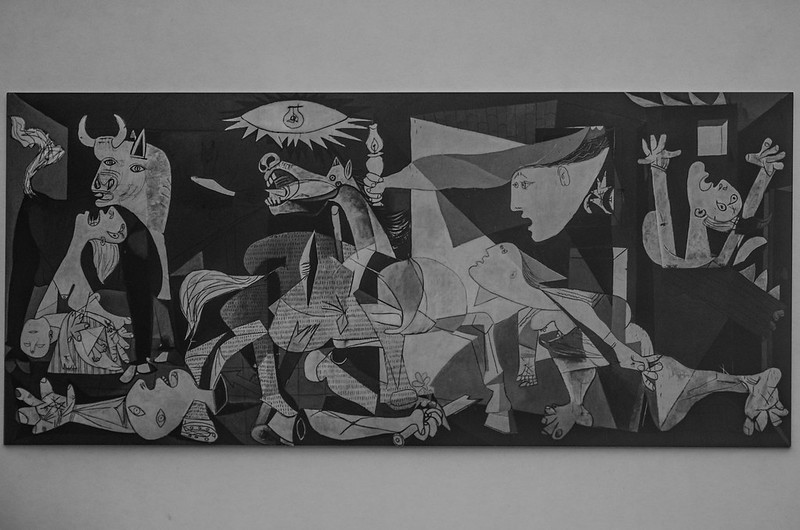 As part of Picasso’s later work, Guernica presents qualities from different stylistic periods, but above all, cubist and surrealist characteristics. The array of different human and animal subjects are spread across the entirety of the canvas, their shapes distorted into dreamlike versions of themselves. Most numbers overlapcreating more shapes and stories in these additional spaces. 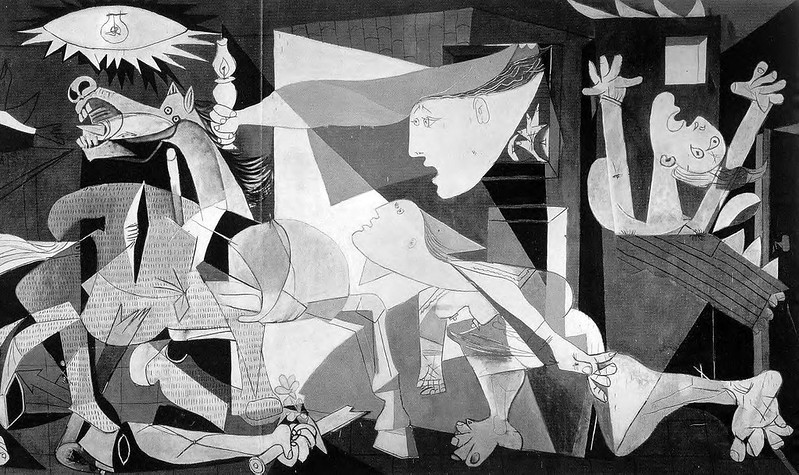 While the anti-war message of Guernica is clear, the specifics of the painting’s symbolism are still debated among art historians. The bull and the horse, for example, are both important subjects in Picasso’s work, but have also been theorized as important figures who possibly embody people or ideals.

Others have pointed out that using grayscale gives the impression of desolation and torment and the crowded and chaotic composition means oppression. Likewise, the twisted forms of the bodies have been interpreted as a expression in the face of adversity, fire is seen as the destructive power of warand the dismembered arm holding the broken sword is representative of the defeat.

Picasso said of the symbolism of the painting: “It is not up to the painter to define the symbols. Otherwise, it would be better if he wrote them in as many words! The audience viewing the image should interpret the symbols as they understand them. 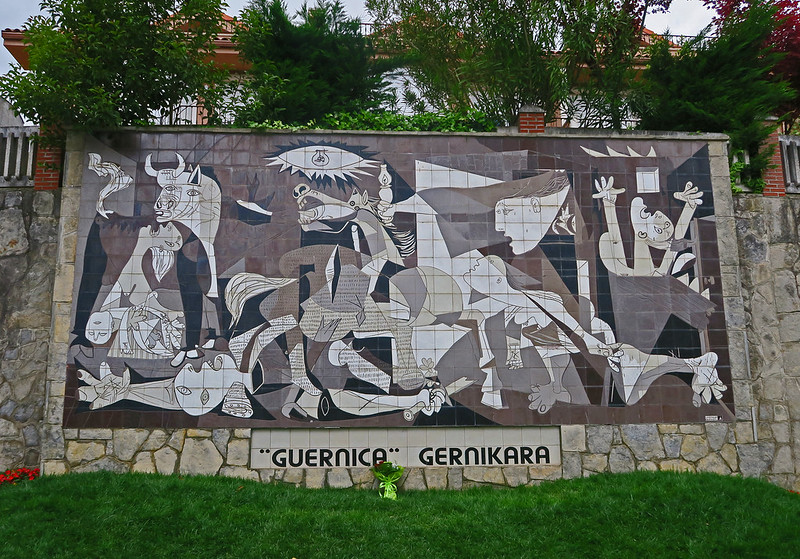 After Guernicacompletion, it was used at the Universal Exhibition to raise awareness of the spanish civil war. Later, the painting was sent to the United States to help raise funds for Spanish refugees. Picasso said that Guernica should only be returned to Spain once it had re-established a republic. Finally, in 1981, the monumental piece was sent back to its country of origin.

Today it can be seen in the Reina Sofía Museum in Madrid.