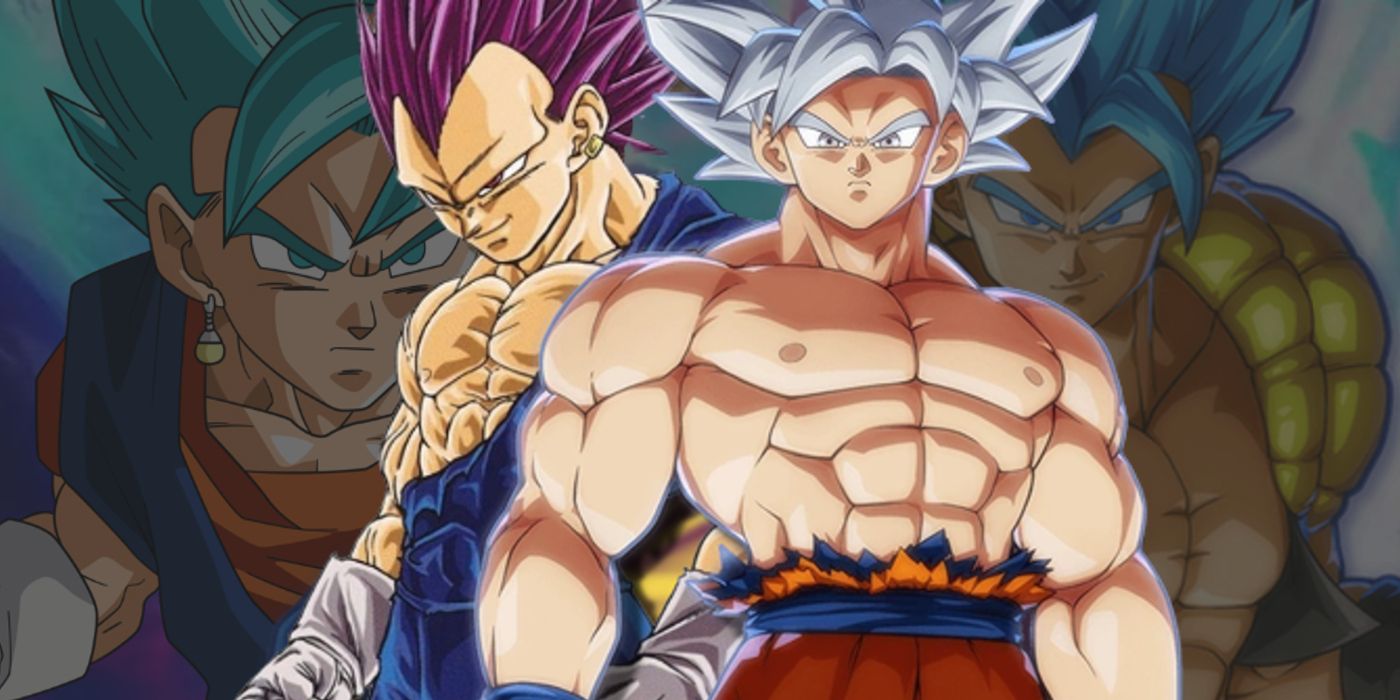 Ultra Instinct and Ultra Ego gave Goku and Vegeta a big boost, but also prevented them from showing their strongest form again.

fans of Dragon Ball Super may not know that even though Goku and Vegeta achieved a whole new level of power through their Ultra Instinct and Ultra Ego transformation, it also means that their true, strongest form will never be seen in the franchise again. The two heroes develop their strength on two opposite paths, which means that they will never be able to use the Fusion technique again.

Fusion is a powerful technique shown many times throughout Dragon Ball Z and Dragon Ball Super. It consists of the merging of two separate beings, combining their physical, spiritual, and mental attributes to create a new individual whose power level is greater than the sum of the originals. Fusions are achieved in the series by different means. One is the use of Potara Earrings, powerful items possessed by Supreme Kais, which only require each person to put on an earring. A more complex way is to use the Fusion Dance, a technique Goku learned from the alien Metamorans. Goku and Vegeta used Potara Fusion to become Vegito and Fusion Dance to become Gogeta. While fans will debate whether Vegito or Gogeta are stronger, they are both exceptionally powerful. However, both Fusion methods have specific requirements and drawbacks that make them incompatible with Ultra Instinct and Ultra Ego, meaning Vegito/Gogeta will never respawn again.

Related: Only Goku And Vegeta Fusion Can Top Dragon Ball’s God Of Destruction

Potara fusion is a technique originally designed for the divine Supreme Kais. Once performed, it cannot be undone, and the two beings will never return to their original state. This precision only applies to the gods: when mortals use the Potara, their fusion will only last for one hour. However, Goku and Vegeta clearly transcend their mortal forms. Super Saiyan Blue already emits “Godly ki”, and Ultra Instinct and Ultra Ego make their users look like divine beings: Dragon Ball’s Angels are still in Ultra Instinct, while Gods of Destruction possess Ultra Ego. The further Goku and Vegeta advance on their respective paths, the more godlike they become, which means if they ever used the Potara again to become Vegito, there’s a good chance they’ll never come back to themselves again. , a prospect the two will want to avoid at all costs.

Using Fusion Dance is also out of the question. To execute the technique correctly, the two users must synchronize not only their movements, but also their minds. Despite their different personalities, Goku and Vegeta were able to do this, creating Gogeta, but that was before they mastered Ultra Instinct and Ultra Ego. These two forms are, in fact, completely opposite. The first is based on absolute calm and an empty mind, the second on rage and the desire for battle. Ultra Instinct leads the way to the Angels, while Vegeta’s strongest form, Ultra Ego, is imbued with the power of the Gods of Destruction, two very different forms of divine beings. The more Goku and Vegeta master these two transformations, the less likely they are to be able to perform a Fusion Dance.

Vegito and Gogeta are very popular due to their impressive strength and cool, even arrogant attitude. Their appearances have been rare, to preserve the mystique of these characters, but chances are that, if Goku and Vegeta continue to master their Ultra Instinct and Ultra Ego transformations, fans of dragonball will never be able to see the stronger form of the two Saiyans again.

Next: Dragon Ball Vs Gogeta. Vegito: Which fusion would win in a fight?

Francesco is a Senior Writer for the Comics section of Screen Rant. In his spare time, he is also a lecturer in history and cultural studies. You can get mad at him on Twitter @FrancCacc

Passing the Baton: Words of Wisdom from the 72s