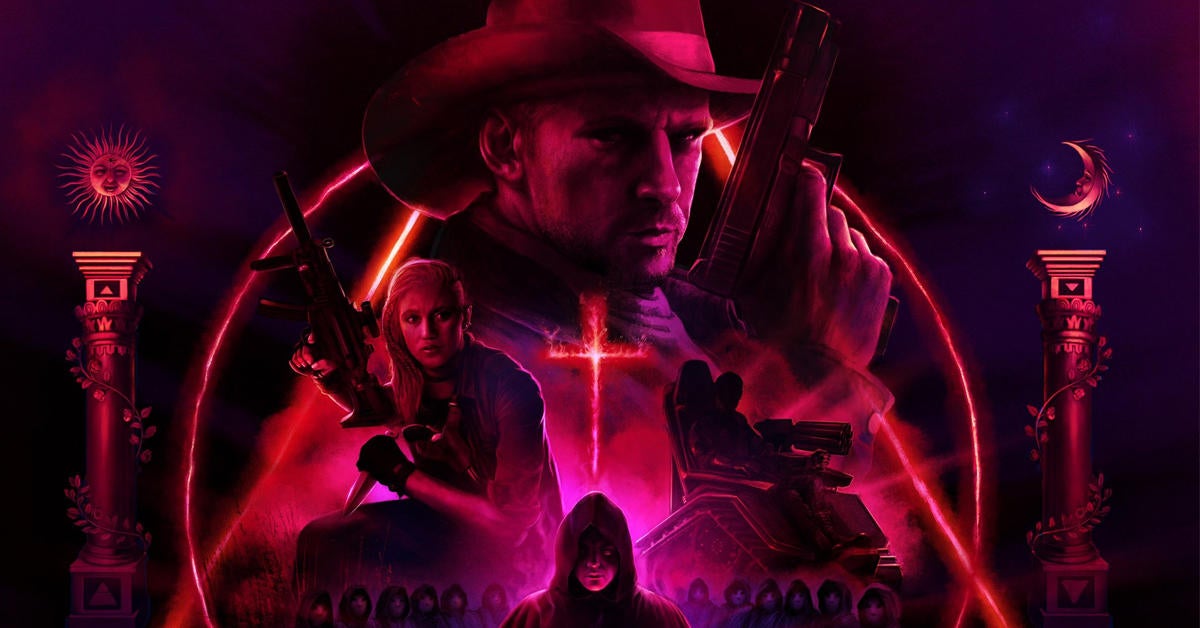 Guest gets a sequel in the form of a soundtrack

After years of fans asking for a sequel to The guest, their wishes were finally granted – sort of. From Lakeshore Records, today sees the release of The guest II: soundtrack, featuring a number of new tracks from OGRE Sound, Steve Moore, Ghost Cop, Xander Harris, Lone Runner and original director Adam Wingard. Despite releasing the album on April Fool’s Day, it’s a genuine album filled with all-new music, seemingly serving as an homage to a fictional sequel to the adventure starring Dan Stevens. You can discover the album on spotify now.

By checking out track names, such as “The Guest Returns,” “Hardwired,” “Grim Showdown,” and “David vs. The Splinters of the Cross,” fans can get a sense of the spirit of the fictional sequel. Obviously, the musicians involved collaborated with Wingard and writer Simon Barrett to get an idea of ​​the overall trajectory of a possible sequel, instead of just developing music inspired by the original film. In fact, Barrett himself has confirmed that the cover art is based on an actual treatment for a potential sequel.

The cover art for The Guest II soundtrack – which is real and out today – was based on my written sequel concept, so if anyone’s curious, this image more or less clarifies everything we would have done. pic.twitter.com/qVxxlFUpS3

The image shows Stevens’ David sporting a cowboy hat, confirming his survival in the first film, while Anna (Maika Monroe) is armed with heavier artillery, while teasing a cult organization that is perhaps to be behind David’s inhuman enhancements. While this image is surely exciting for fans, it also comes with the disappointing confirmation from Barrett noting that this is what a sequel would have done, rather than something they could still do.

The reveal of this soundtrack comes nearly a year after Barrett teased that there would be an unexpected sequel to the film.

“I can give you a very concrete answer to this question, which is that we are doing something in relation to The guest“, Barrett confirmed with ComicBook.com. “And it actually happens, but it’s not a feature film or a comic book, because I think that’s what people would expect us to do. . And I think that’s the thing that nobody really wants us to do, because I think if we did a feature version of guest 2, or realistically the graphic novel version would just be a cheaper version of trying to achieve a bit of the same thing narratively. I think that’s bound to disappoint people at this point, because people need to remember that the same weird, quasi-original artistic sensibility that drove me to write The guest in the first place would continue to guide me with a Guest suite.”

He continued: “So I would probably do something perverted, and I would make Dan’s character the successful owner of a local hardware store and the whole story is about him dealing with a difficult supplier, but d ‘a totally legal and sane way, because he’s totally grown as a person. And so, in a way, I think Session was trying to be the slightly more optimistic version of the same narrative as you are next and The guest somewhat explored with their characters. So we’re never gonna act like, guest 2. Because I don’t think… The guest just wasn’t supposed to have a sequel like that. However, at this point, enough people have asked us about it, that of course, inevitably, Adam and I have had enough conversations about what we would hypothetically do, that we’ve now developed a bunch of ideas to which we’ve become very attached to, because we think they’re really good.”

You can discover the album on spotify now.

Are you excited for the sequel album? Let us know in the comments below or contact Patrick Cavanaugh directly on Twitter to talk about all things horror and Star Wars!