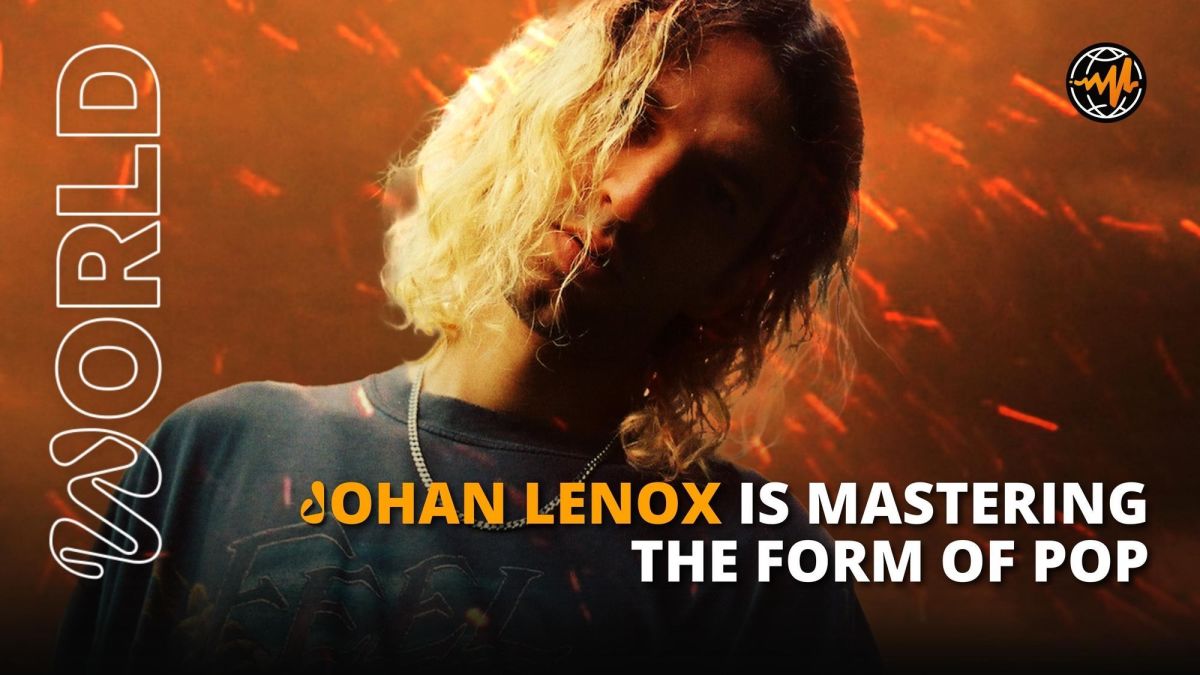 This article was previously published on Audiomack World.

John Lenoxthe name of was attached to the production credits for Kanye West, big-sean, and other hip-hop A-list names. As he built his name as the string guy for these massive LA acts, the songwriter was also finding his sound as a solo pop artist, boosted by discovery. Yeezus at a party at the end of his time at the Yale School of Music.

“[Yeezus] I felt like he was doing a lot of what I loved in classical music, but for a much bigger audience and with more impact on the culture,” Johan recalls. “Since high school, I wanted to find a way to push contemporary classical music into a mainstream format. Seeing the platform that Kanye had to do this weird shit was the big inspiration.

Many of his early tracks have been removed from the internet, but every step taken, including work on Yeetovenwhich combined Ye with Beethoven in a 50+ piece symphony, helped Johan discover a passion for the form of pop music.

“I didn’t start out as a singer,” Johan told Audiomack World. “I started out as a composer. Figuring out how to sing vocals in a way that feels real and feels personal, instead of correct and clean, was a process. I had to go back and let the weirdness come back because they were a little too perfect at one point.

This practice of allowing imperfection led Johan Lenox to reclaim his voice and take his time creating his debut album, WDYWTBWYGU, released today. The title of the disc, which means “What Do You Want To Be When You Grow Up”, corresponds to the underpinnings of stress that mark each song. “It’s a question you usually ask a child, but I always ask it and I think a lot of people do,” says Johan. The album is also enlivened by huge choruses and intriguing textures. Every time Johan hits an anthemic moment or a cheeky one-liner, he nails it.

WDYWTBWYGUGrand sounds exist to prove a point: Johan Lenox can write a good pop hook. After years of working on chamber music, the transition to pop felt liberating. “The form around pop music is much more rigid than classical music, at this point,” he explains. “Classical music is much more experimental. But a choir remains a choir—things to exist. Not in classical music. This touch of structure, great features and insightful songwriting make Johan’s debut album a strong argument for his mastery of pop album making.

What is Johan Lenox’s elevator pitch?

Oh my God. I’m just trying to tell coming-of-age stories in America right now. Trying to figure out how to be a person – not even an adult – in a chaotic time.

Obviously, I make substantial use of my orchestral training. There are no synths or guitars on the album. It’s all cellos, violins, drums and vocals. Beyond, flutes and bassoons. For a while I thought about it, but that’s what I already know how to do well. But there was a time when I wasn’t using that as a tool in my own music.

Did part of you overcorrect when you left chamber music for pop?

Yeah. It’s also interesting because I like pop music a lot, especially if I get there late. I like big choruses. I tried to show that I can write this stuff. The songs, for the most part, for this album are pop songs dressed up in other stuff. Sometimes people say, “Here, you mix classical and hip-hop!” It’s something I’ve done in other contexts. But I don’t see that [album] like music that breaks down boundaries. From my point of view, I’m trying to prove that I can master the form of a pop album. Any weirdness that happens, it’s just that I’m a weirdo.

How are you from Yeetoven and chamber music to a pop album?

Immediately after school, the plan was to become a producer-singer and follow [Kanye’s] footprint. I got a copy of Logic and learned from YouTube videos and went straight to LA just trying to learn the industry and get in sessions surrounded by people doing cool shit . I connected pretty quickly, but I didn’t understand what I was as a musician.

All the while, I was producing music as myself, just trying to find a sound. All of those steps along the way – working with Kanye was a pretty brief experience – have brought me to today. COVID has also had a big impact. The album would have been released a year and a half ago, but [COVID] forced me to slow down. The decision to redo the voice tracking was important.

What goes through your mind when you compose for yourself? As in, do you fall back on school lessons, or do you say “Fuck that” and do your own thing?

I did a good test last week. I open for 070 Shake, and she wanted me to have 25 minutes of pure chamber music, which is insane. I had to force myself to write this in one day last week. But I think the best teachers I’ve had, especially towards the end, David Lang [taught me] be as weird as possible and stay away from the predictable stuff.

The first album is driven by the anxiety of growing up. How to turn stress into creativity?

I really don’t know what to make of a lot of things, and I’m trying to figure it out. A lot of the lyrics on the album are very “it suits me”. Even though it’s anxiety-provoking, there’s a lot of apathy. Maybe underneath it’s, “Is he really stressed? But I’m working on it. I don’t know if I’m worried, but I’m curious.

You have some cool features on this album: Cousin Stizz070 Shake, CMA. What does collaborative work bring you?

There have been all combinations of ways to achieve these features. I also collaborated with producers. “Steps” and “Are you up?“I did it entirely myself, but many others [productions] started as collaborations and I appreciate that.

In terms of features, some of them have been audio in text. Because I wasn’t in a venue to conduct it, you get something great, but it forces me to rethink the production and make sense of it musically. Lancey [Foux], we did it in person, but I ended up restructuring the song afterwards. the thouxanbanfauni one, I totally duplicated the verse once I picked up its feature.

How do you learn to let go? Especially when there is art, and then the response to art?

It’s mostly being so busy. I have so many projects, and I try to turn. We have to understand that. It’s hard for me to dwell on it, it’s not very philosophical, but it’s the practical reality. I always focus on the future.

The other half is, let’s say you decide to do something totally different. For years, the thing you’re trying to do isn’t having as much success and the comments are, “Hey, maybe you should stick with what you were doing before?” That’s where it’s been for me. I was lucky to have success in this other field [of production]and you can lean into it, or you can take a risk and build something else.

In their own words: Campus protection pros tell us about their emergency notification successes