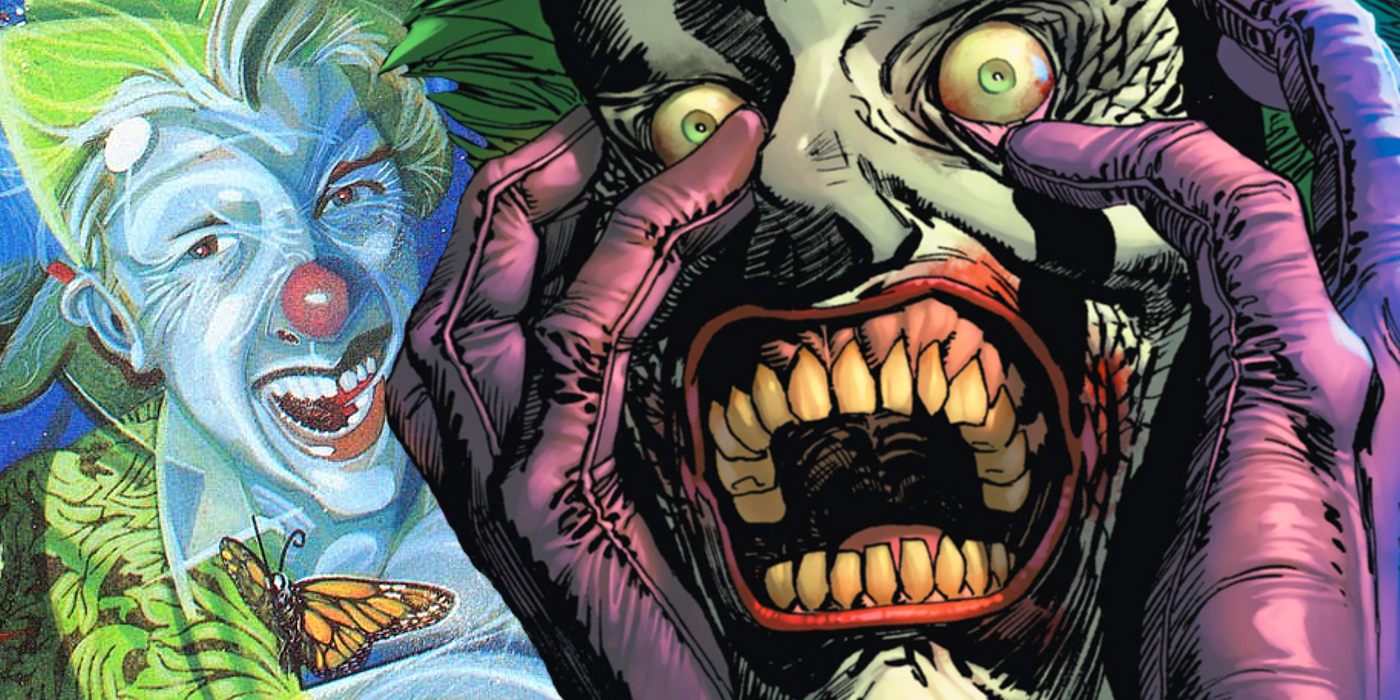 While Joker sees himself as the ultimate agent of chaos, the universe disagrees and actually cast a member of the Justice League for the role.

While the Joker likes to think of himself as the ultimate jester, poking fun at those who perceive meaning in the universe, it turns out that title actually belongs to a surprising Justice League Anti-hero. Hopefully, he’ll never find out, because if there’s one thing the Harlequin of Hatred won’t accept, it’s competition.

Joker considers himself the last word in humor and finds nothing funnier than what he perceives as the lies normal people tell to try and impose some kind of order on the world around them. It is for this reason that he considers Batman – the ultimate enforcer of the rules, and yet someone who knows the real chaos of the world intimately – the perfect straight man, endlessly tormenting the Dark Knight in hopes of reveal it as a kindred spirit. However, while Joker would love to think of himself as Batman’s court jester (and has even once assembled a “royal court” for the Caped Crusader), it turns out the universe actually sees a hero in that role.

In Books of Magic #4, Tim Hunter is instructed in his mystical potential by Mister E, following the lessons of John Constantine and other magical luminaries of the DC Universe. In order to communicate the range of magic to Timothy, Mister E advances him in time, and the two end up encountering the last beings in existence. Inspired by Tarot cards, these beings are unsure of their own origins, wondering aloud if they are real or just the universe reflecting fundamental facets of reality as it withdraws into itself. However, much to his surprise, Tim actually recognizes one of the characters as John Constantine from Justice League Dark, aka the Hellblazer.

Dressed as a madman and with no memory of Tim, Constantine’s final form is a real enigma. Stories from the time had suggested that the Constantine lineage had a deep connection to magic, with a family member playing a similar role in each generation. For this and perhaps other reasons, at the very end of existence the universe sought to express laughing chaos and jumped right at the Joker to choose John Constantine instead.

In the Tarot, the Fool represents either spontaneity and new beginnings, or chaos and the absence of judgement. Joker’s hatred of order and tendency to act without planning seemingly makes him a shoo-in for the role, especially since he’s a proud agent of chaos. However, something about John Constantine makes him better suited for the role of the cosmic jester, complete with a glowing red clown nose. Joker would like to think he’s the master of chaos, but the truth is he’s obsessed with one person. By contrast, John Constantine has toyed with the fate of the worlds, trusting his wits to bend any inconvenient rules and sacrificing whoever he needs to to escape the consequences of his actions.

As for the universe’s final choice to express the parts of itself that reject rules and embrace joyful chaos, Joker has been neglected in favor of Justice League Dark‘s John Constantine, showing that whatever the Clown Prince of Crime may be thinking, he’s far from the most important clown in the DC Universe.

Next: Joker’s Copycat Exposed The Big Deal Of His Modern Crimes

Robert Wood is a comics editor for Screen Rant and the author of “The False Elephant (and 99 Other Unreasonably Short Stories)”. He earned his MA in English Literary Theory from Lancaster University and now spends his days applying it to Daredevil, Constantine and Fin Fang Foom (specifically Fin Fang Foom.) If you need to contact us about our comics cover please contact at robwood [at] screenrant [dot] com. Rob is a British writer and editor whose first comic was Mighty World of Marvel #8, and he is one of three people fondly remembered from the Ultimate Comics imprint. You’ll find Rob elsewhere on the web giving advice on self-publishing, editing, and the importance of public domain characters and stories, and you can buy his collection of 100 weird short stories, each in exactly 100 words, on Amazon.