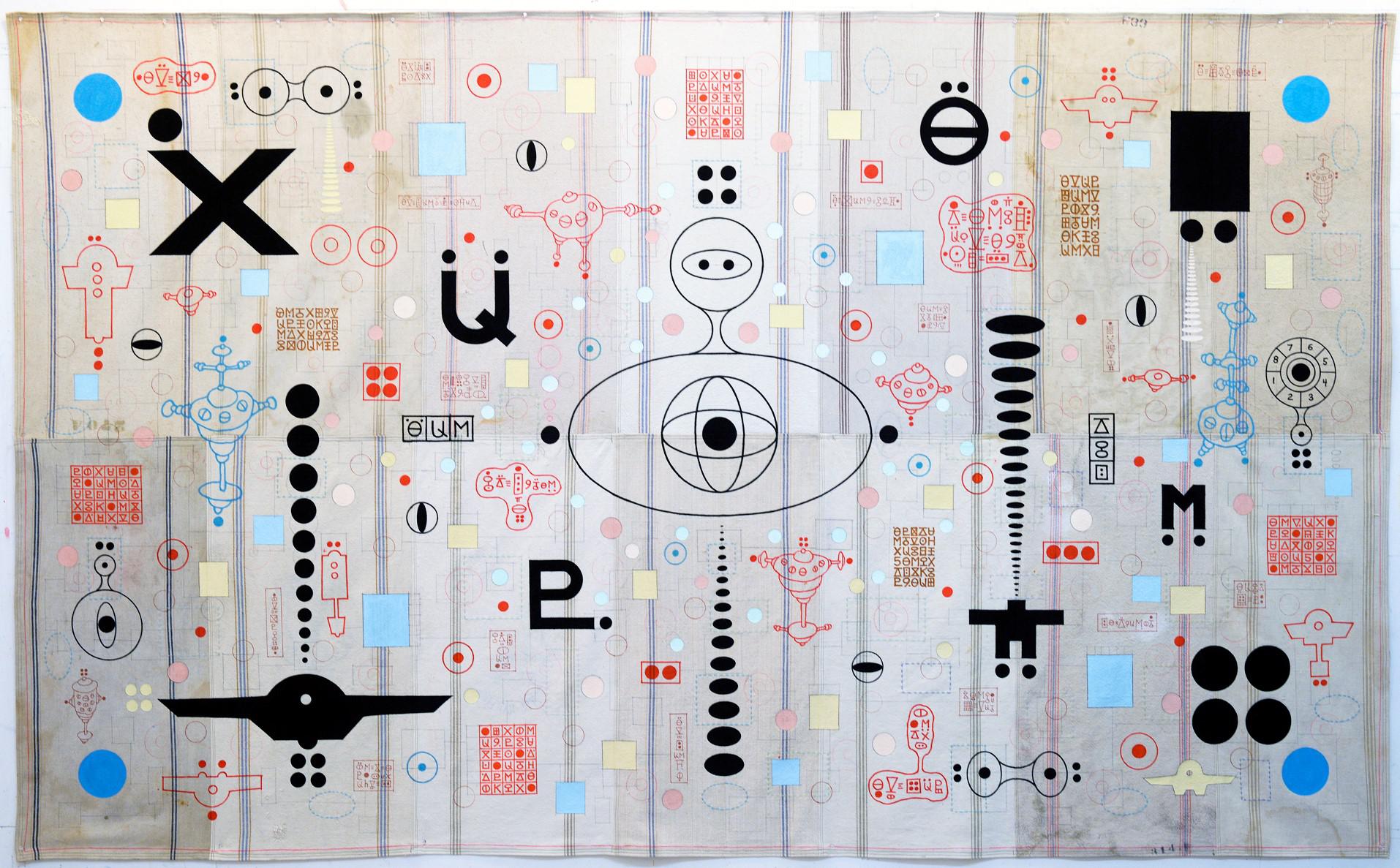 RIDGEFIELD — Instead of choosing German, which was spoken by her parents growing up, Karla Knight created her own visual language that has since become the root of her work as an artist.

Knight, a longtime resident of Redding, recently launched her first solo exhibition at the Aldrich Contemporary Art Museum. “Karla Knight: Navigator” is now visible until May 8.

“I have a funny relationship with language,” said Knight, who grew up in Dobbs Ferry, NY.

Knight’s parents presented a dichotomy in natures. Her German-born mother, Gisella, who served as mayor of Dobbs Ferry in the mid-1980s, was part of what she described as the “outside world”. His father, David, a writer on esoteric subjects and a student of metaphysics, inspired Knight to explore beyond the physical world and instilled in him an understanding of things related to the spirit and the occult.

“I really grew up with a lot of weirdness,” Knight said. “A lot of acceptance of a soul beyond the physical body…and a lot of interest in alternate realities.”

So his work reflected many of these ideas, feelings and experiences. “It’s more soul-level and intuitive… (and) a lot about the unknown,” she said. “I’m not trying to explain it or decipher it.”

“The very first works of Karla that I encountered were square, eye-catching drawings in colored pencil and graphite that swirled edge to edge with a mysterious indecipherable code, celestial shapes, astronomical symbols and objects traveling in space. space,” she said, noting that the papyrus looked like the paper used reminded her of a recovered treasure map.

“As you spend serious time with this work, you begin to recognize Knight’s boundless vision,” she added. “These works are journeys, transporting us to deep space and higher realms – but isn’t that what clairvoyant art should do?”

Knight attended the Rhode Island School of Design and moved to the East Village in the early 1980s, where she was part of New York’s alternative art scene. In the 90s, she moved to New Mexico, which had a major impact on her work, as did the birth of her son, Henry.

As she watched him learn to read, Knight was inspired to create a new written language that remains a mystery to her in terms of meaning, she said. Although the conglomeration of symbols spices up her work, she explained that they are not meant to convey specific meanings or messages.

“It’s basically channeled,” she said. “The longer I can’t explain my work, the more successful I think it is.”

Smith-Stewart said the levels of mystery surrounding Knight’s art are part of what makes it so appealing. “This is not only Knight’s first-ever institutional exposure, but also a glimpse into more than 35 years of work focused on developing his clairvoyant language,” she said.

Alongside the Aldrich exhibit, Knight also creates tapestries that combine unique and repurposed materials with his signature symbolism. The show, Smith-Stewart said, “starts in a whole new direction in its practice … so there’s certainly plenty to get excited about.”

“For me, the exhibition is really interesting because it traces a kind of pictorial and linguistic language that she has been working on for a long time in her career,” said Emily Devoe, Aldrich’s director of marketing and communications. She noted that Knight’s deep roots in the region also make for a unique viewing experience.

For Knight, the possibility of exhibiting at the museum is a great opportunity.

A Reflection on Symbolism – Buddhistdoor Global