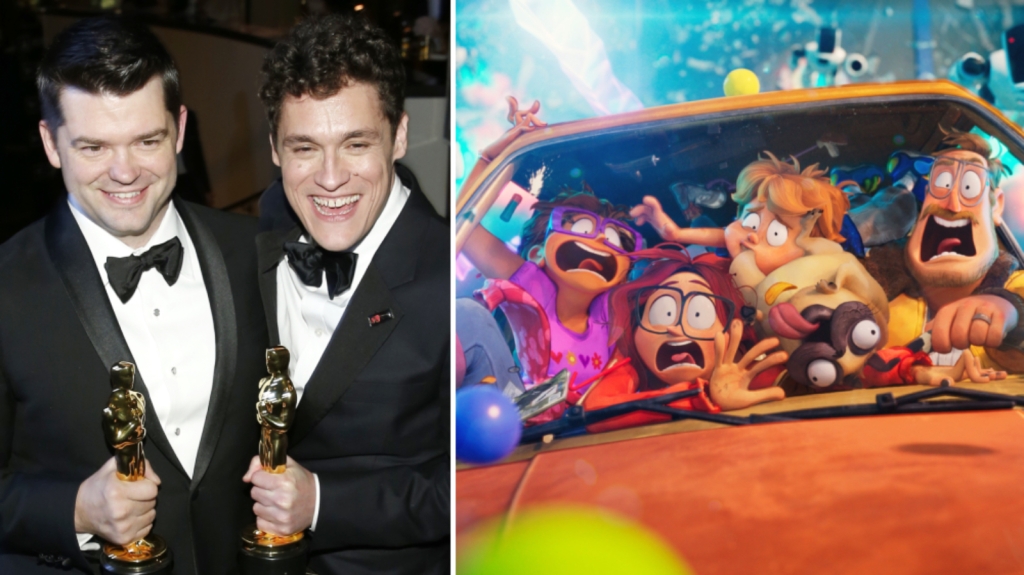 To consider the five Academy Award nominees for Best Animated Feature as a corporate product for children that parents have to grudgingly endure could be dismissed as simply negligent. But for those of us who have dedicated our lives to making animated films, this neglect has become routine. The head of a major animation studio once told a gathering of animators that if we played our cards right, we would one day get “live action.” Years later, an executive from another studio said that a certain animated movie we made was so enjoyable it reminded them of “a real movie.”

There are, of course, far more important things in the world — and far more important things to think about in the wake of this year’s Oscars, including some real highlights that shouldn’t be overlooked: Beyoncé ! Compton! “CODA”! Questlove! But the repeated diminishment of our art form is at the top of animators’ minds. We are currently negotiating with the Alliance of Motion Picture and Television Producers to ensure that studios fairly compensate animation workers, especially when animation is such an important part of their bottom line. (Check out #NewDeal4Animation for more!) During the pandemic, when much physical production was shut down, animators immediately began working from home. These movies have kept our business afloat.

Animated films regularly demonstrate excellence in photography, design, costuming, and performance. They are among the most carefully and cinematically made films of the year. They have some of the most complex scores and sound design.

They are also hits! When broadcasters lament the fact that so many nominated films haven’t been widely viewed, they must forget that anime nominees “Luca”, “Raya and the Last Dragon” and “The Mitchells vs. the Machines” were three of the 10 most-streamed movies of 2021. (Seven of the 10 were animated!) Or that 13 (25%!) of the 50 highest-grossing movies of all time are animated. Or that a huge percentage of movie theater audiences for mainstream animated films are adults unaccompanied by children. Animation is for everyone. And the studios know it. This is why we are seeing unprecedented investments in animation production.

This year’s winning film, “Encanto,” had a sophisticated theme about how family trauma is passed down from generation to generation that many adults with and without children connected to on a deeply personal level. ‘Flee,’ a harrowing animated documentary about an Afghan refugee, isn’t a kid’s thing, nor are past nominees ‘I Lost My Body,’ ‘Waltz With Bashir,’ ‘Persepolis,’ and so on. . As Alberto Mielgo, winner of the best animated short film, reminded the public on Sunday, “Animation is cinema”. A sentiment worth repeating.

Which brings us to a simple pitch: next year, invite a respected filmmaker to present the award and frame animation like cinema.

Guillermo del Toro, who produces, directs and deeply appreciates animation, could remind audiences that animation predates cinema, that without the zoetrope, there is no American zoetrope.

Bong Joon Ho could introduce while explaining why he listed two of this year’s animated feature nominees (“Flee” and “The Mitchells vs. the Machines”) among her top 10 favorite movies of the year.

Mahershala Ali, a performer as compelling in animated films as he is in live action, could tell the world that animation is not a genre, but a medium that, at its best, observes and amplifies the nuances of our humanity so that we can see ourselves. and ourselves be seen.

And if in 2022 we marked the 28th anniversary of “Pulp Fiction”, in 2023 we can celebrate the 31st anniversary of the historic Best Picture nomination for “Beauty and the Beast”.

The nomination caused such a stir that some feared an animated film would win Best Picture every year, a sentiment that, in part, led to the creation of the award for Best Animated Feature, both to recognize animation’s contributions to current cinema, and, for some, to prevent animated films from winning the “real” award.

At least we were taken seriously.

Certainly, no one has sought to diminish animated films, but it is high time that we strived to elevate them.

Phil Lord and Christopher Miller wrote and directed the animated films ‘Cloudy With a Chance of Meatballs’ and ‘The LEGO Movie’, and won the Oscar for Best Animated Feature as producers of ‘Spider- Man: Into the Spider-Verse” in 2018.” They also produced the 2021 Oscar-nominated animated feature “The Mitchells vs. the Machines.”

‘COW’ needs no words to express the life of an animal :: WRAL.com