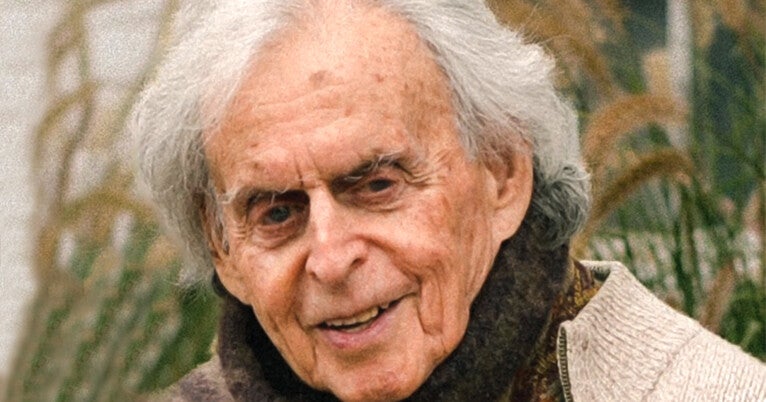 Robert Louis Jackson, BE Bensinger Professor of Slavic Languages ​​and Literatures, Emeritus, Internationally Renowned Scholar of Russian Fiction and Short Stories of the 19th and Early 20the century and one of the five founders of Yale’s Department of Slavic Languages ​​and Literatures, died at Yale New Haven Hospital on May 3. He was 98 years old.

Jackson was drawn to Russian literature because, as he wrote, “the intense ethical and social concerns of the great Russian novelists and poets never seemed to imply compromise with their artistry or artistic truth”.

He is best known for his groundbreaking books on Fyodor Dostoevsky, in particular “Dostoevsky’s Quest for Form: A Study of His Philosophy of Art” (1966), “The Art of Dostoevsky: Deliriums and Nocturnes” (1981), and “Dialogues with Dostoevsky : The Overwhelming Questions” (1993). With careful attention to linguistic texture and aesthetic form, these masterful studies delved into the spiritual and philosophical dimensions of Dostoyevsky’s art. With passion and insight, they explore questions of freedom and of responsibility, fate and free will, luck and design, which Jackson cared about as deeply as his favorite Russian authors.

Insight, elegance and analytical rigor similarly distinguish Jackson’s studies of other great Russian writers – Pushkin, Gogol, Turgenev, Tolstoy, Vyacheslav Ivanov, Gorky, Solzhenitsyn – whom he tended to highlight. comparative light with classical European literature. Later in his career, he moved away from the great frenetic novels of Dostoyevsky and Tolstoy to master the small form of the short story, producing luminous readings of the fiction of Anton Chekhov, whose quiet humanism was close to from Jackson’s. Jackson’s posthumous book, “Essays on Anton P. Chekhov: Close Readings by Robert Louis Jackson” (ed. Cathy Popkin), which follows several brilliant articles and two edited volumes on Chekhov, including “Reading Chekhov’s Texts” (1993 ), will soon be published by Academic Studies Press. This collection will close six decades of prodigious research and writing – spanning six monographs, seven edited volumes and over a hundred articles – which have left an indelible mark on the Slavic field.

Jackson did much to make Yale a vibrant international center for research on Russian literature through his annual Yale Lectures on Slavic Languages ​​and Literatures (1980-2000). They brought together American and European scholars, juniors and seniors, and generally concluded in the convivial atmosphere of the Guilford home of Jackson and his wife, artist Leslie Jackson. In the 1970s and 1980s, Jackson connected the international communities of Slavists – between which few bridges then existed – by becoming founder and president of the International Dostoevsky Society and the International Chekhov Society (he was also president of the chapters North American companies of these companies).

His tremendous academic achievements and service to the field have been recognized by the Guggenheim Fellowship, the National Endowment for the Arts Fellowship, the Alexander von Humboldt-Stiftung Fellowship, and the Distinguished Scholarly Career Award from the American Association of Teachers of Slavic and East European Languages. , which also awarded him a book prize for “Dialogues with Dostoyevsky”. Jackson also received honorary doctorates from Moscow State University and Petrozavodsk State University, Russia.

Born in 1923 in New York City to parents who emigrated from Germany and the Austro-Hungarian Empire, Jackson found his passion for Russian culture during World War II, eventually earning degrees from Cornell and Columbia universities and the University from California to Berkeley. He was brought to Yale by Reneé Wellek in 1954 and remained on the faculty until his retirement in 2002. A fascinating teacher, dedicated mentor and supportive colleague, Jackson is revered and fondly remembered by those he served. inspired with his love for Russian literature. , an authentic intellectual generosity and a profound humanity.

He is survived by his daughters, Emily Robin Jackson and Kathy Allen Jackson, their wives, as well as his grandchildren and great-grandchildren. A public memorial service will be held at a later date and will be tied to the publication of Jackson’s latest book, “Essays on Anton P. Chekhov.”

See also here for the obituary in The Provincetown Independent.