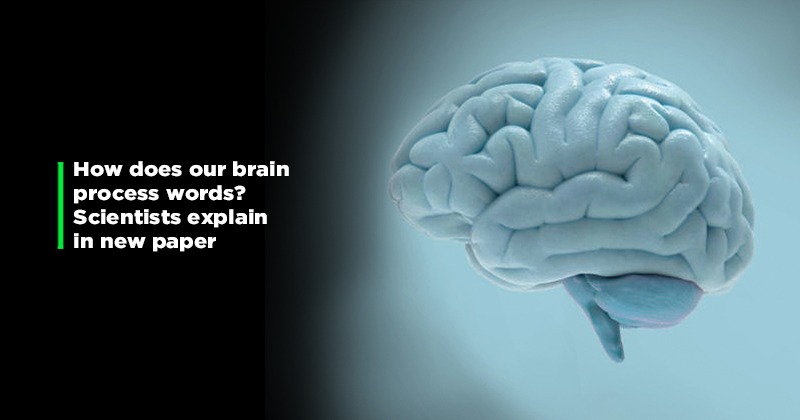 Scientists have recently made some interesting discoveries about the processes that allow humans to read words. To be considered proficient readers, all humans must be able to look at abstract symbols (yep, including those words) and map them to sounds.

According to ScienceAlert, this process is called “phonological processing” and can vary from person to person. Conditions like dyslexia make it difficult for people to process abstract symbols and make sense of those words.

In a new study, scientists tested two different hypotheses about the relationship between brain structures and reading skills. Surprisingly, they found support for both theories.

What are the two hypotheses?

To understand the first hypothesis, we need to understand that the human brain is naturally asymmetrical – implying that the left side of the brain is the one primarily involved in language processing.. This hypothesis is called “cerebral lateralization” and states that more symmetry equals better reading ability.

The second hypothesis assumes that asymmetries on the left side of the human brain “simply reinforce the traits needed to read.” The team calls this the “channeling hypothesis”. According to this, more symmetry means you’re just an average reader.

What is strange is that both theories seem to have some scientific weight. It depends on how either of these theories is realized – in specific regions or in the whole brain.

How has brain capacity been mapped?

Researchers at the Medical University of South Carolina used magnetic resonance imaging (MRI) data to identify structural differences in the brain in more than 700 children and adults, Live Science reported. MRI essentially displays the structures of the brain by drawing a sort of map.

Each participant was given reading tests, including those that focus on pseudo-words – made-up words that require a higher degree of processing because our brains don’t recognize them. This process is called phonological decoding.

Once levels of asymmetry in the brain were established, the researchers found that greater asymmetry was linked to better performance when handling pseudowords. This took into account only the left side of the brain.

This supports the “cerebral lateralization” hypothesis which assumes that each brain lobe has specialized abilities for different cognitive tasks. Traditionally, the left side of the brain is associated with language processing.

The team also found validation for the “channeling hypothesis” after realizing that if certain regions of the brain were more exaggerated in terms of structural differences between two lobes, they would be more likely to fall within the ability range of average reading. This basically implies that there is a pre-determined pathway for language processing skills.

To enable the processing of language and reading, protective genetic mechanisms would be deployed to develop brain asymmetries. In the absence of these asymmetries, people would have either heightened or stunted processing abilities for language.

There’s more than meets the eye

Even then, the pseudoword processing tasks showed no relationship to asymmetries in left-brain regions thought to be important for the development of language functions. The research essentially raises the question of how structural asymmetries affect people’s ability to read and process words.

“Both the lateralization and brain channeling hypotheses may have validity, but at different scales of brain organization and function,” the team concludes. “A greater degree of asymmetry in the left hemisphere may allow for more efficient phonological processing, possibly due to greater hemispheric specialization,” they added in the study published in the journal PLOS Biology.

Did you know that the human brain is so dynamic in the way it processes abstract symbols into meaningful words? Let us know in the comments below. For more in the world of Technology and sciencekeep reading Indiatimes.com.

A Truck Loaded with Symbols: Why Pierre Poilievre and Other Conservatives Turn to the Power of the Van