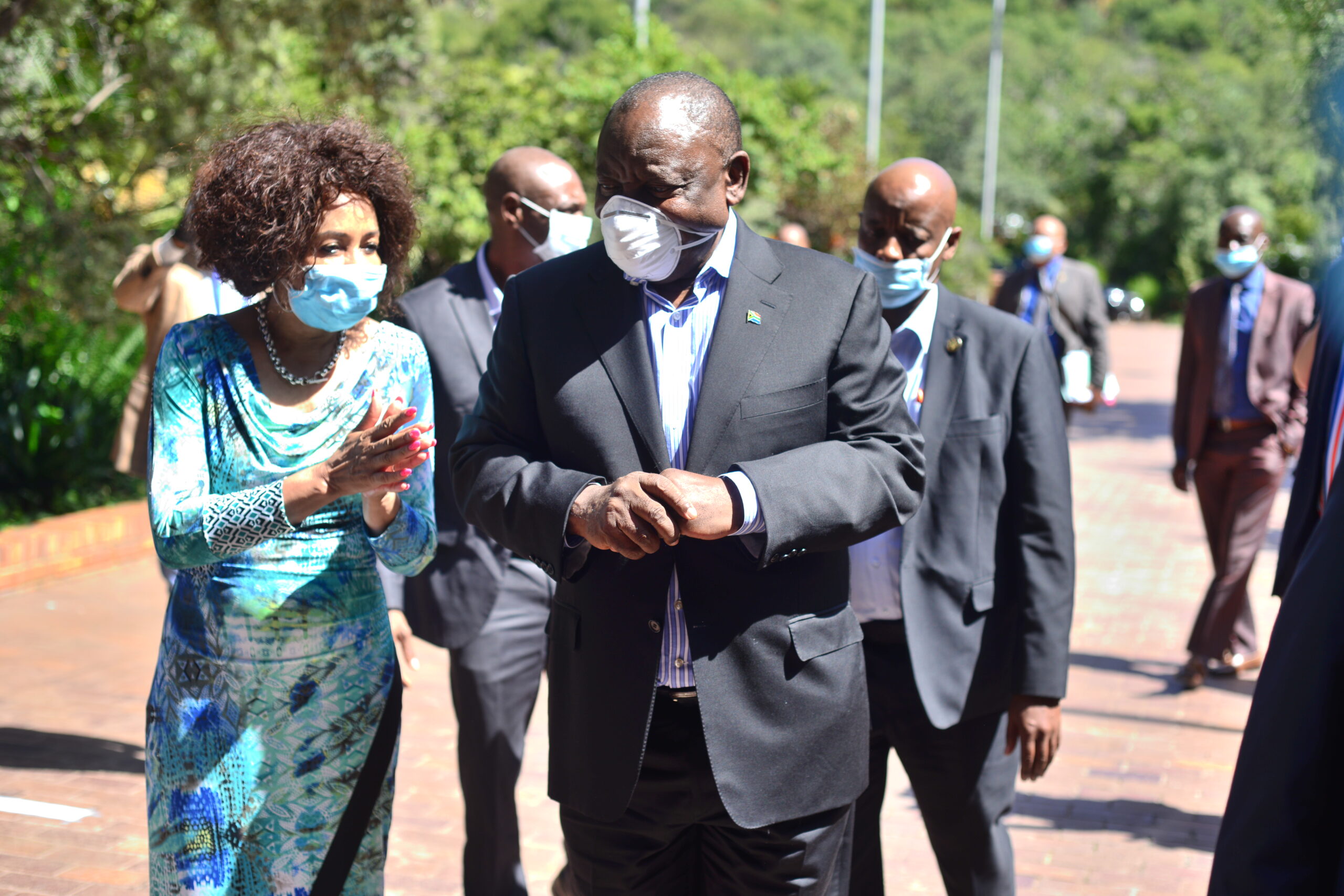 Sisulu vs. Ramaphosa: The ANC’s (stolen) war of words

This year has started off with a bang, and I’m not talking about the hell that ravaged Parliament at the end of December. Instead, it was the tongues and pens of the ANC’s Lindiwe Sisulu and President Cyril Ramaphosa that ignited public discourse in January.

In my database of 102 of January’s top online news articles from News24, TimesLive and IOL, the most common keyword was “ANC”, appearing 214 times, followed by “Ramaphosa” (184 times) and ” Sisulu” (131 times). This is how these news outlets clearly draw battle lines within the ruling party after Sisulu published an opinion piece in IOL on January 7 attacking the country’s Constitution and black judges among others. perceived enemies of “economic reconciliation”. After being lambasted for this article, she wrote a wordy response on January 12 lambasting her critics. The ensuing clashes were reported in the media and Sisulu was recently summoned before the ANC’s integrity commission to explain her original story.

An analysis of media coverage of Ramaphosa in January reveals a president being attacked from multiple angles by the ruling party’s retaliatory faction and needing to tread carefully. In an ANC lekgotla held shortly after Sisulu’s articles were published, Ramaphosa acknowledged: “The divisions and factions of the ANC are becoming a threat to our democracy. The same News24 article in which this was reported adds: “Ramaphosa did not explain how the ANC planned to deal with the poor discipline that has plagued the party.” The verb “outline” was one of the words statistically most strongly associated with Ramaphosa’s name in the January news; the other thing he still has to “describe” is “the government’s plans to implement the recommendations of the [state capture] report.” He has a lot of consequence management to focus on.

Ramaphosa has also faced calls from ANC MP Mervyn Dirks to be summoned to the Standing Committee on Public Accounts (Scopa) over a leaked cryptic audio recording where he appears to be advocating a cover-up public funds spent on internal ANC political campaigning. Dirks was suspended from the party.

Virtually all of the words most closely associated with the Ramaphosa name in the January news relate to this saga. The most important of them are the verbs “to summon”, “to summon” and “to summon”. Others include “leaked” and “recording,” referring to the president’s controversial audio clip. Scopa has decided not to summon the president for the time being but has sent him a series of written questions which he must answer within 10 working days. It will be good when we answer them; Ramaphosa’s enemies may be using the recording against him, but the public deserves to know the true context of this recording.

Two other words closely associated with Ramaphosa’s name are ‘allies’ and ‘faction’, referring directly to divisions within the ANC. In the articles, four past and present ANC leaders have “allies”: Ramaphosa, Sisulu, Jacob Zuma and suspended general secretary Ace Magashule. All of these last three are linked to what is known as “the anti-Ramaphosa faction”, “the faction that wants a change in the leadership of the ANC”, the “fighting back faction” and “the RET [radical economic transformation] faction”. Sisulu’s mentions of “economic reconciliation” in his first op-ed appear to be a thinly veiled attempt to align himself with this faction.

Meanwhile, Sisulu’s coverage focused on the fact that she was caught copying in her second IOL opinion piece. One of the words most strongly associated with his name in the January news is “plagiarized”. Another is “Turnitin”, the text-matching software used by News24 to check the article for plagiarism. The name of Steven Motale, spokesperson for Sisulu, is also strongly associated with his name. Motale has denied plagiarism claims, saying she relied entirely on Lord “Tom” Bingham’s book The rule of law. What he failed to address was the fact that the words surrounding Bingham’s quote came from a speech by British Attorney General Dominic Grieve.

As a college professor who is all too familiar with using Turnitin, my assessment is that Sisulu committed a common student trick. She raised a passage that cites a source, with its in-text citation, then asserted that she had fully referenced when the passage that cites the source was not referenced. Additionally, she copied two other small pieces of text from internet sources instead of paraphrasing them and acknowledging their sources.

On top of that, News24 says that according to Turnitin, “4% appear to have been copied from previously submitted academic papers.” It’s a little misleading: Turnitin checks the wording against a large database of academic papers submitted around the world, but in most cases the author is unlikely to have gone out and borrowed homework. to distant places to copy them to contribute just 4% to the text. It’s highly likely that these academic assignments and Sisulu’s text match another common source, and without seeing the actual wordings that match, it’s impossible to tell if that 4% was likely to be plagiarized. Nevertheless, the cumulative evidence of plagiarism in the article is compelling and if she was in my class, she would be penalized.

It is ironic that Sisulu accuses his reviewer, Mavuso Msimang, of employing “the mark of intellectual laziness” in the very sentence preceding one of the plagiarized parts of his article. If there is something that characterizes intellectual laziness, it is plagiarism.

I wondered what Sisulu was aiming to accomplish by publishing these articles. If she was trying to position herself as the most prominent anti-Ramaphosa figure in preparation for an ANC presidential campaign at the elective conference in December, she momentarily succeeded, at least as far as media coverage is concerned. But December is a far cry from January, and she will have to pin her hopes on avoiding harsh discipline from her party. If she is disciplined and plays the martyrdom in December, it is also a dubious strategy. The RET faction has a number of candidates to choose from, including Nkosazana Dlamini-Zuma and the “already martyred” Zweli Mkhize.

We need a robust and open debate on South Africa’s transformation, including how best to transform the economy. What we don’t need are clumsy attempts at political posturing, which stoke interpersonal fires and insult our judges. How about a dialogue that addresses the real issues we face, not the people standing in the way of your faction?