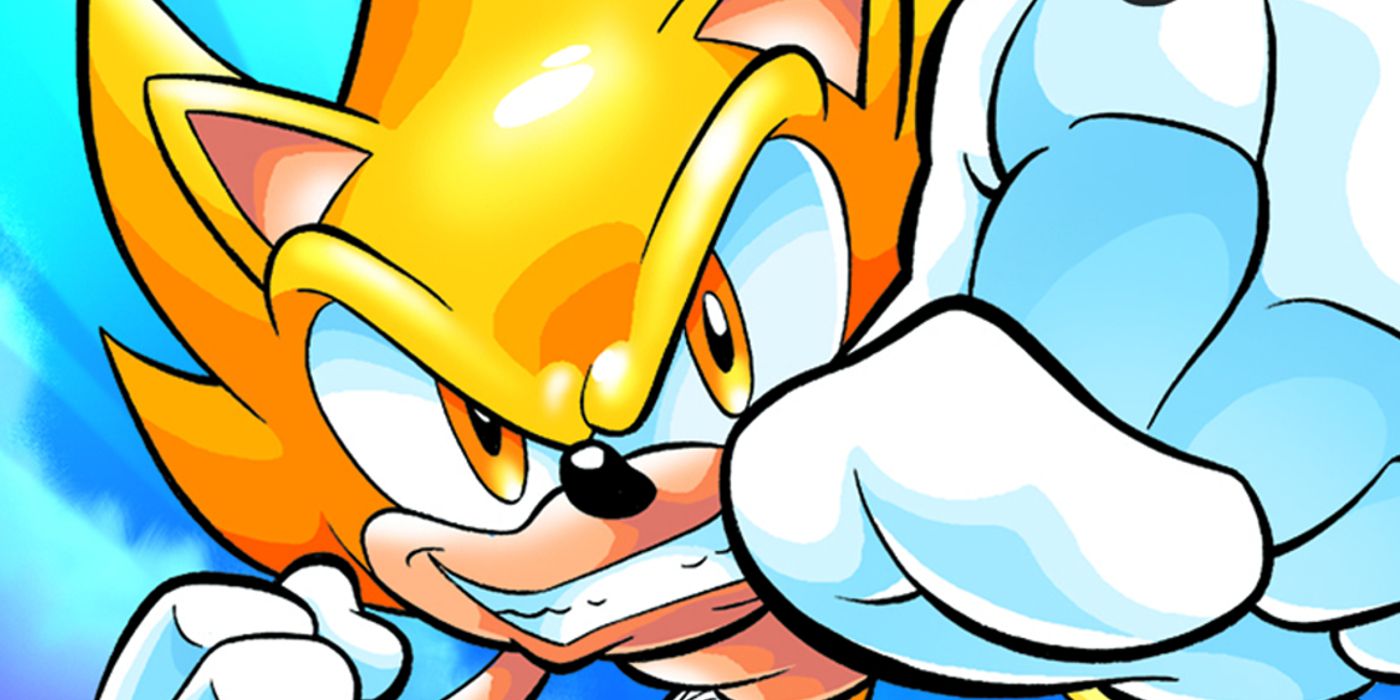 Unlike games where Sonic ends up with zero rings after losing his super form, Archie Comics hints that Sonic experiences a “boost”.

Gamers are well aware that the Super Sonic transformation in the classic Sega Genesis games essentially makes the blue blur invincible, but there’s one major downside to this transformation that Sonic the Hedgehog doesn’t seem to feel in the comics.

In the games, Sonic can reach his super form as long as he has already collected all seven Chaos Emeralds and, at a minimum, 50 rings. The Blue Blur – now the yellow Super Sonic – can maintain his transformation as long as Sonic has rings in his possession. But the problem is that the number of rings gradually decreases like a ticker as it transforms. So if he ever hits zero ring, then Sonic will revert to his blue self. This puts Sonic at a disadvantage as just being hit once with zero rings will kill him.

Related: Sonic the Hedgehog’s Version of JARVIS Is Much More Powerful

Meanwhile, Archie Comics has discontinued sonic the hedgehog The series has provided plenty of examples where Sonic reverting to his normal form doesn’t seem to make him vulnerable. While battling Perfect Chaos in issue #84, Sonic loses his super form and special powers, but still has enough strength to get Knuckles to safety. Exactly 100 issues later in sonic the hedgehog #184, readers actually see Sonic reverting to his normal self as he floats to the ground, holding an injured Knuckles in his arms. This recurs in issue #169. Sadly, there are no definitive cases showing that Sonic suffered a blow and survived after losing his Super form. However, the Blue Blur tells his evil twin Scourge that he feels a “boost” every time this happens.

It’s unclear, however, what Sonic actually means by “boost”. The Blue Blur makes this comment, however, after his evil twin Scourge experienced the exact opposite when powering down at the end of their fight. While their battle was still ongoing, Sonic realized that since Scourge’s super form lasted much longer and was much more powerful than his own, he believed that Scourge returning to his normal form would have a more negative impact on him. And that’s the case. Scourge is weakened and unable to fight, let alone defend himself. So by “boost” was Sonic comparing the fact that he didn’t experience any negative side effects unlike Scourge? In other words, that would mean Sonic isn’t any stronger than he was before his transformation. He is exactly the same.

Even if the latter is true and the boost Sonic experiences does not increase the power he had before transforming, it can be inferred that Sonic is reverting to exactly what he was before becoming Super Sonic. He is neither stronger nor weaker. This is not the case in the original Sega Genesis games, because if Sonic were to return to exactly what he was before he transformed, then Sonic would have a minimum of 50 power rings instead of zero, which he does. . Sadly, all fans have as proof that Archie Comics’ version of Super Sonic might be more powerful than in the games is that sonic the hedgehog does not look any weaker than he was when he initially transformed and when he says this, unlike his evil twin Scourge who remains weakened after being extinguished, he experiences a ” boost”. This may well remain one of the many mysteries of sonic the hedgehogThe legacy that will never be definitively answered.

Next: Sonic the Hedgehog 2 Is the Beginning of a New Cinematic Universe, Says Producer

Do you constantly use filler words? Here’s how to stop…

Why People Hate or Love the Sound of Certain Words