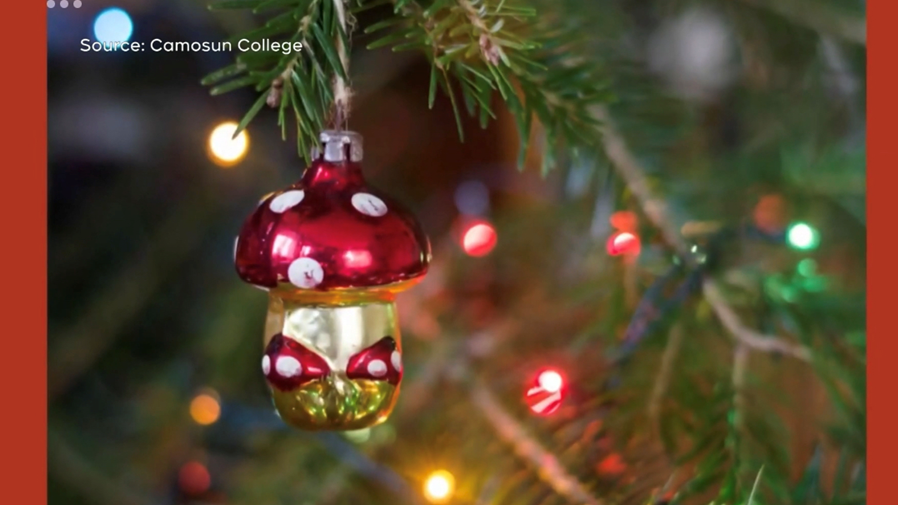 Symbolism of Christmas: how a poisonous mushroom explains the flight of a reindeer

A simple red and white mushroom Christmas tree ornament may represent more than just the holiday season, it could hold the key to the age-old secret of Santa’s reindeer ability to fly.

The origins of many Christmas symbols and cultural traditions are found in the folklore of communities in the northern hemisphere of the world. The connection between the poisonous mushroom Amanita muscaria and Christmas can be found with the ancient Siberian shaman.

“Shaman would collect them and dry them as part of the treatment by hanging them from tree branches,” said Camosun College anthropologist Nicole Kilburn. “They also dried them in their socks by hanging them near the fire.”

Kilburn says the shaman offered the dried mushrooms – with their distinctive red caps and white polka dots – to villagers as a gift of medicine during the winter solstice. She says mushrooms were an important part of winter solstice ceremonies in ancient Siberian communities.

“They would offer them to members of the community to be carefully consumed at the darkest time of the winter solstice,” Kilburn said.

According to Kilburn, by examining ancient stone carvings, it appears that reindeer ate the Amanita muscaria mushroom. She says that after eating one of their favorite snacks, the beasts pranced, looking like they were flying.

“We have over 1,000 years of evidence of reindeer flight, often with images of wings at the ends of their antlers,” Kilburn said. “Although (Amanita muscaria) is poisonous to humans, reindeer really like to eat these mushrooms and after eating them they seem to prance and take flight.”

According to Kilburn, although a mushroom might seem like an unusual Christmas symbol, it has a historic place on a Christmas tree and even has a connection to Santa Claus.

For more information, you can watch Nicole Kilburn’s video on the symbolism behind popular holiday traditions on YouTube.