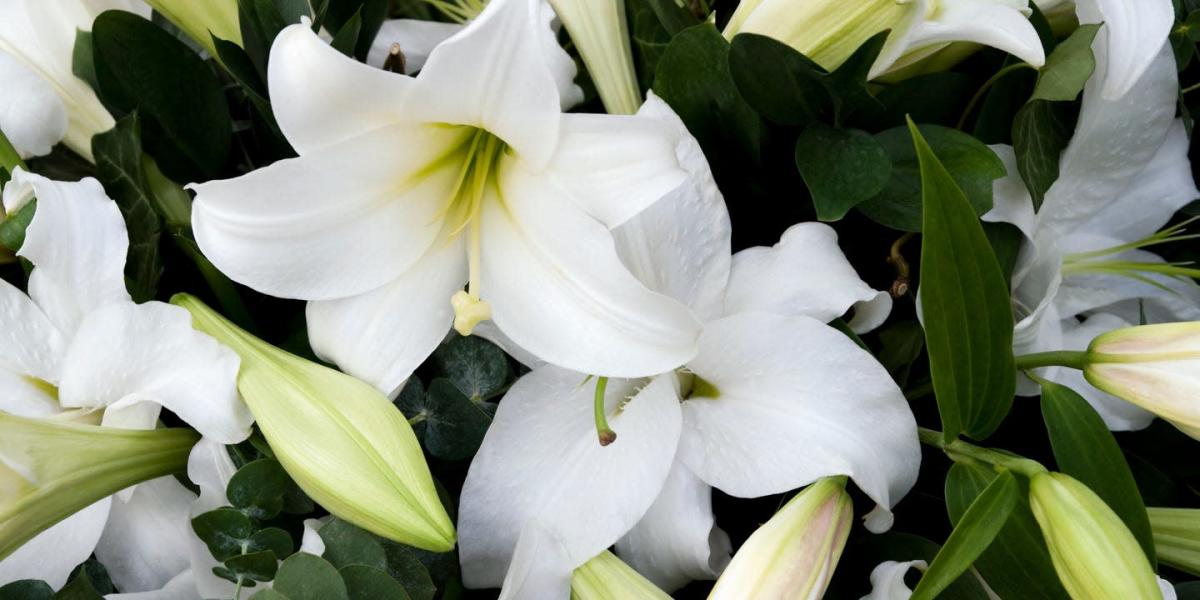 Lilies are one of the most popular flowers in the United States, rivaling several other country favorites like roses, tulips, and daisies. A delicate yet flamboyant flower with elegant petals, lilies are popular choices for weddings and funerals, and are a staple of many bouquets.

But like most flowers, lilies have also taken on a more specific meaning over the years. If you are wondering what this flower represents or symbolizes, read on.

The name lily comes from the Latin word for this type of flower, “lilium”. Flowers represent purity, innocence and rebirth: in religious iconography, they often represent the Virgin Mary, and are also often depicted at the Resurrection of Christ.

Lilies can also represent femininity and fertility. This meaning may have its roots in a Greek myth about Hera, the wife of Zeus. According to the story, Zeus fathered a son with a mortal woman, then tricked Hera into nursing the baby as his own. When Hera discovered the deception, she was so angry that she threw the baby away from her – and in the process, a few drops of her breast milk spilled onto the floor. According to the myth, from these drops of milk sprang the first lilies.

Other cultures throughout history have also coded lilies in the same way. In Babylonia and Assyria, two empires of ancient Mesopotamia, flowers are linked to Ishtar, a goddess of creation and fertility. So it makes sense that white lilies are such a popular choice at weddings, perfectly complementing a traditional white wedding dress (which also represents chastity).

But lilies can also represent grief and mourning; they are one of the most popular flowers at funerals in the United States and are often sent as sympathy flowers. According to some interpretations, lilies symbolize death as they represent the moment when the soul leaves the body.

Powerful symbolism at the new Holocaust memorial in Las Vegas