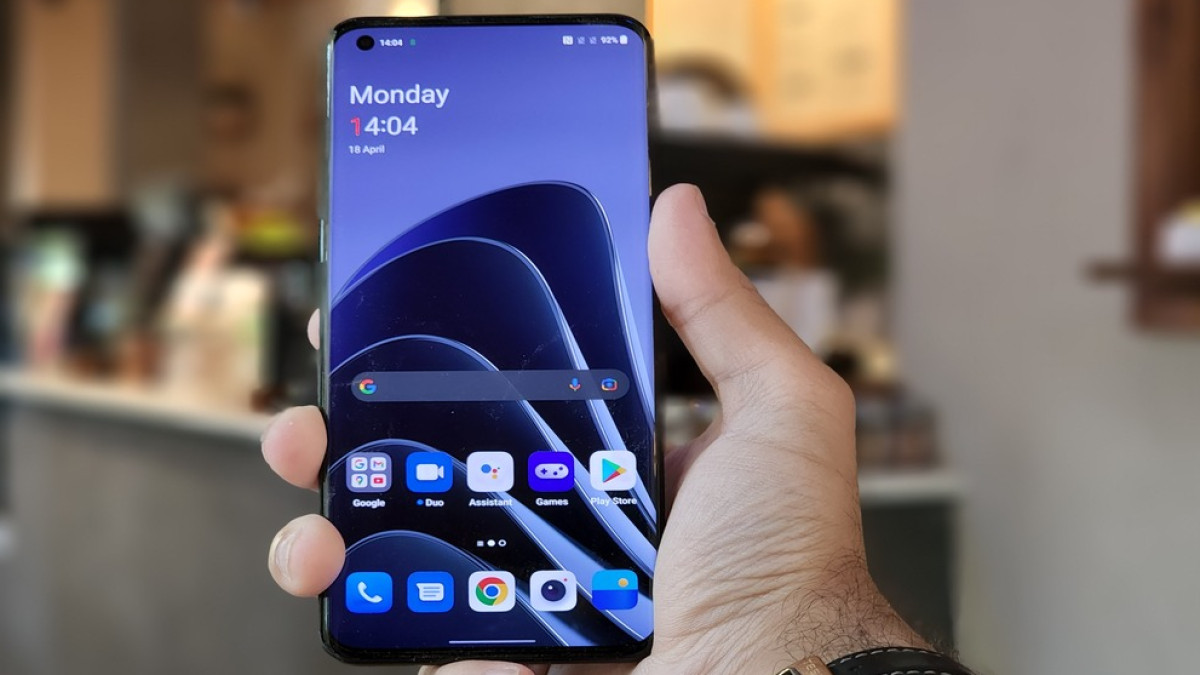 The reliable Android smartphone is back in shape

It was 2016 when OnePlus released the OnePlus 3, one of the company’s biggest hits. The company has come a long way since then. Their performance and market share have fluctuated, with some questionable decisions in the middle, but with the OnePlus 10 Pro – the Chinese consumer electronics maker’s latest flagship smartphone – they’re back in shape and how. It’s a 5G phone, but I’ll just call it the OnePlus 10 Pro in this review.

The sad thing about OnePlus is that the company is no longer a “flagship killer”. Nevertheless, their smartphones always undercut the competition and that in itself is a good start for them with every launch.

The OnePlus 10 Pro has a nice screen and a powerful processor under the hood, a sleek design and a reliable camera. Starting at just ₹66,999, the OnePlus 10 Pro undercuts the starting price of its competitors from the Samsung Galaxy S22+ to the iPhone 13 Pro and others.

The OnePlus 10 Pro offers good performance, 5G support, a familiar interface and more. It’s not perfect though, as I’ll tell you in this review. Camera performance in low light leaves something to be desired and there is a curious lack of IP rating in India. Add to that the fact that the screen scratches very easily unlike Samsung’s S22 series even though they are also protected by Gorilla Glass Victus.

After using the smartphone for about two weeks, I can say that the OnePlus 10 Pro is a very reliable buy in 2022. It might not blow you away, but it will justify the day-to-day price.

There’s a lot to like about the OnePlus 10 Pro

The OnePlus 10 Pro has a 6.7-inch OLED display (3,216 x 1,440 resolution) that’s bright, crisp, and vibrantly colored. It has a 120Hz refresh rate, to smooth out your scrolling needs. The display automatically switches to lower refresh rates to preserve battery life. With 1,300 nits of peak brightness, the smartphone is more than usable in direct sunlight.

The display is protected by Gorilla Glass Victus while the back is Gorilla Glass 5. There is also a fast and reliable fingerprint scanner under the display which is much appreciated. It also sits slightly above where it was in the OnePlus 9 Pro, making it much easier to reach.

There’s a frosted glass back that not only looks premium, but also keeps fingerprints from crawling all over the place. The camera array in the top left corner blends seamlessly into the metal sides, and the Emerald Forst (green) color option looks very sleek. It looks and feels very different from flagships from Samsung and Apple and that gives it an edge.

At just 200g and with narrow curved sides, the OnePlus 10 Pro is a joy to hold for hours.

One of the defining features of OnePlus phones is the alert slider. While the Nord CE 2 may have omitted it, the OnePlus 10 Pro thankfully continues the tradition. The alert slider lets you switch between sound, vibrate or silent in seconds. It’s something that every OnePlus user loves and has defined the company’s smartphones for many years now.

With Qualcomm’s flagship Snapdragon 8 Gen 1 processor and 12GB of RAM, the performance of the OnePlus 10 Pro is supercharged. From video streaming to gaming (Asphalt 9, PUBG, Call of Duty: Mobile and others) and photo editing, the OnePlus 10 Pro got through the day without much stuttering. In fact, OnePlus has addressed the needs of mobile gamers by adjusting and optimizing gaming performance for smoother frame rates and reduced latency.

The 5000mAh battery performed much better than I expected. I put on a 4K video from YouTube and within two hours the battery was still at a comfortable 93%. It’s better than Samsung’s Galaxy S22 Ultra. In fact, the comfortable OnePlus 10 Pro lasted a day and then a few. With a mixed-to-heavy usage pattern, I slept with no less than 20% daily.

Finally, the OnePlus 10 Pro’s microphone performed quite well. People on the other side of the call could easily hear me. The stereo speaker setup is also quite good with vibrant and open songs. There is also a good amount of bass which adds to the listening experience.

Some things are not right

Yes, the smartphone does not stay still when placed on a flat surface. The cameras might not stick out much (despite being larger than their predecessors), but they still make the phone wobbly on a table.

The screen can be protected by Gorilla Glass Victus (similar to Samsung’s Galaxy S22 series) but it scratches easily. Despite handling it with care, my review unit was scratched within days. I was quite disappointed.

With the OnePlus switch to Oxygen OS, the software went from being the best Android skin to something just average. Yes, smooth animations and great software optimization are a thing of the past. I found the opening of applications jerky and the animations a little slow. Things like the notification shade only take a few extra milliseconds to load. Also, Oxygen OS looks a lot more cluttered than before and hopefully OnePlus will go back to its roots.

The OnePlus-Hasselblad partnership has been going on for a few generations now and the duo has garnered mostly positive reviews. With the OnePlus 10 Pro, the triple camera setup (48MP main sensor + 8MP telephoto (3.3x optical zoom) + 50MP ultra-wide) is extremely reliable when on the go during the day. I’ve criticized OnePlus’ cameras a lot in the past, but with the OnePlus 10 Pro I’m pretty happy with the results. Camera performance isn’t on par with Samsung (with epic zoom capabilities) and Apple (with video output like no other), but with the fine-tuning of the Hasselblad partnership, OnePlus has a reliable and very good performer on his hands.

The main sensor – a 48-megapixel f/1.8 sensor – captures a good amount of detail in well-lit scenarios with vivid colors and controls contrast. White balance has improved considerably over the 9 Pro. The only downside is that in some photos the results are washed out. There’s also Raw Plus – a new raw file option – which is there in the Pro camera mode. This generates a raw DNG file for editing.

Portrait mode is quite reliable and does a good job of separating the subject from the blurry background. There’s a new XPAN panning style mode for wide and narrow images and there’s even a motion blur mode.

The super wide lens is sharp and vibrant. Sometimes you may notice a color shift between normal and wide modes due to a lack of consistency in color and exposure levels. It’s not enough to deter actual colors. There’s zoom, which is good enough for everyday use, but nothing to match Samsung or even the iPhone.

For selfie lovers, the 32-megapixel front camera does a good job of producing clear, crisp, and vibrant selfies that are perfect for Instagram.

Where the camera stutters is when the sun goes down. There’s a dedicated night mode that helps brighten the image, but it lacks detail and isn’t up to par with Samsung’s S-series, Google Pixel, or iPhone 13. Don’t use the zoom with night mode. The resulting image is far too noisy and, in some cases, blurry.

The video quality is below par for a flagship smartphone. Colors are saturated, white balance is off, and the lack of detail is disappointing. There is the possibility of filming in 8K but you just have to avoid that.

Overall, the OnePlus cameras in the 10 Pro are reliable and perform very well in good daylight conditions. It’s probably the best camera setup ever on a OnePlus smartphone and that’s saying a lot. Still, the lack of a good night mode and underwhelming zoom skills is something to consider.

Verdict: Is the OnePlus 10 Pro a buy?

Yes, the OnePlus 10 Pro is a good alternative to the Samsung Galaxy S series and the iPhone 13 series. At a starting price of ₹66,999, the smartphone becomes an attractive proposition for many consumers.

The OnePlus 10 Pro has a lot to offer. There’s a large, vibrant display in an attractive design, fast charging and all-day battery life, a Snapdragon 8 Gen 1 processor for smooth performance, and four years of software updates from release. The cameras, while far from the best, are reliable performers in everyday use.

While the cameras aren’t the best on the market, there’s also the lack of an IP rating to consider.

Still, the few quibbles can’t take away the shine from what is a very good smartphone. It’s something of a comeback for the OnePlus brand and we hope the company will stay that way with the next slate of high-end Android smartphones.