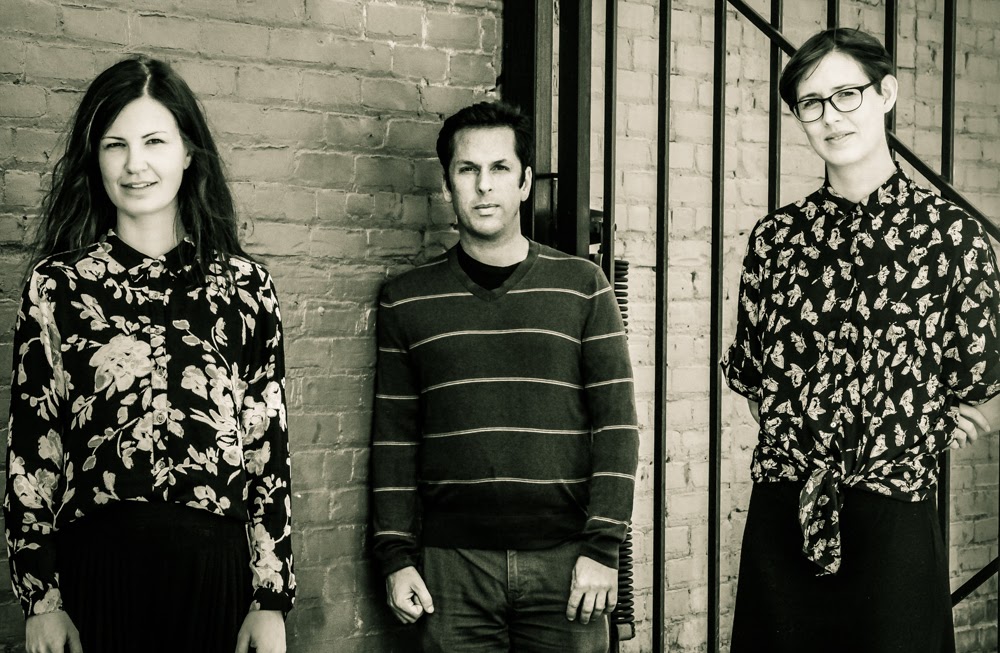 The trio that makes up State of Sea, two girls and a guy, create music with a unique “Nordic sound”. The Danish-American trio recently released their debut EP, Illusions, on April 5. James Craft, Anna Roemer and Anna Scharling make up the trio, and each brings their own musicality to the group. Craft is a composer, teacher and songwriter in Los Angeles, Anna Roemer is a guitarist, composer and producer based in Copenhagen, Denmark, and Anna Scharling is a Danish singer and songwriter.

We chatted with the trio about their signature sound, their band’s name, Edward Snowden, and more.

I love that you took the “Nordic sound” with traditional American songwriting to create the music for your debut EP Illusions… was it a collective decision or was there an inspiration behind it?

Sea state: Our sound has never been a conscious decision but rather a natural result of our respective musical roots. When James flew over Iceland and landed in Denmark to write with the band, he was thoroughly warmed by the Nordic sound – epitomized by Anna Roemer’s beautiful and mysterious guitar playing, and rich vocals and vocals. writing by Anna Scharling. James is of course closer to the American songwriting tradition, but the three of us have a soft spot for America’s great old singer-songwriters; we find inspiration in this authentic way of expressing music. Both Annas have a natural attachment to the Nordic sound, which manifests as a bittersweet, melancholic feeling perhaps due to the constantly changing weather in Scandinavia.

State of Wed is symbolic for the Wed, since it is referenced as the most secret place on earth; why do you all think it’s so secret?

Sea state: Ninety-five percent of the ocean is unexplored; we know more about the surface of the Moon or Mars than about the bottom of the ocean; and more than seventy percent of the earth is covered with water. We are inspired by this immensity and this unknown. The choice of the name of our group is also a symbol of our collaboration abroad. We met, put our hearts into this album and have deep respect for each other. The distance that separates us inspires us; the Illusions album itself has a mystery that taps into the space between us and the vastness of the earth.

It’s very interesting that you were all inspired by Edward Snowden’s experience in Russia for the new EP… can you all tell us more?

Jack and Anna: Snowden’s sudden journey, his longing, his letting go of everything he knew, and his love still living at home in the United States. The album is about letting go of your illusions and diving into the unknown. And that feeling took over when we wrote the music in Copenhagen. We could all relate to that. Anna R.’s expressive and powerful guitar playing was the bed for everything we wanted to do. On its own, it evoked songs and the deep feeling that we wanted to work with.

How did you meet and why did you all decide to collaborate with each other?

Sea state: Both Annas originally went to Los Angeles to write songs for their former band. They had an amazing time and met James through a mutual friend. For fun, we wrote a song together one day, and everyone liked the collaboration so much that we decided to start a project. For songwriters, it’s not always easy to find a creative collaboration that really works, especially with three people in the room. But it worked and we were thrilled! It was the perfect collaboration for three people who love to travel and love each other’s work.

How did each of you get into music originally?

Anne S: I grew up in a house full of music and I guess it was inevitable that I would be led down this path, even though it took me many years to realize there was no turning back. .

Anne R: Pretty much the same. I started playing the piano at the age of four for a few years. Then I took the guitar at the age of 9 and I never stopped. In high school, I thought I should go to college, have a full-time job, a house, and a dog—a normal life. But luckily life has changed and now I don’t want anything else!

James: I grew up playing the piano and hearing my father sing Mozart operas in the kitchen. Music was special to me young and I started writing in high school. It’s the best way to express myself since.

For you two, Anna, how do you feel about being the two girls in the trio? What are the pros and cons (if any, ha)?

Anna R and Anna S: Honestly, I didn’t think of that! I have worked with Anna for several years now and when we were introduced to James. It was the perfect match. We loved similar music and had a common love for sharing and learning from each other’s traditions.

James, have you ever felt like a strange man, or is the creative process a strong bond to connect you all and feel included?

James: We are all different, thankfully, and bring our own unique aesthetic and opinions to the table. We are all looking for the same thing: great music and meaningful collaboration. The process and the connection were solid.