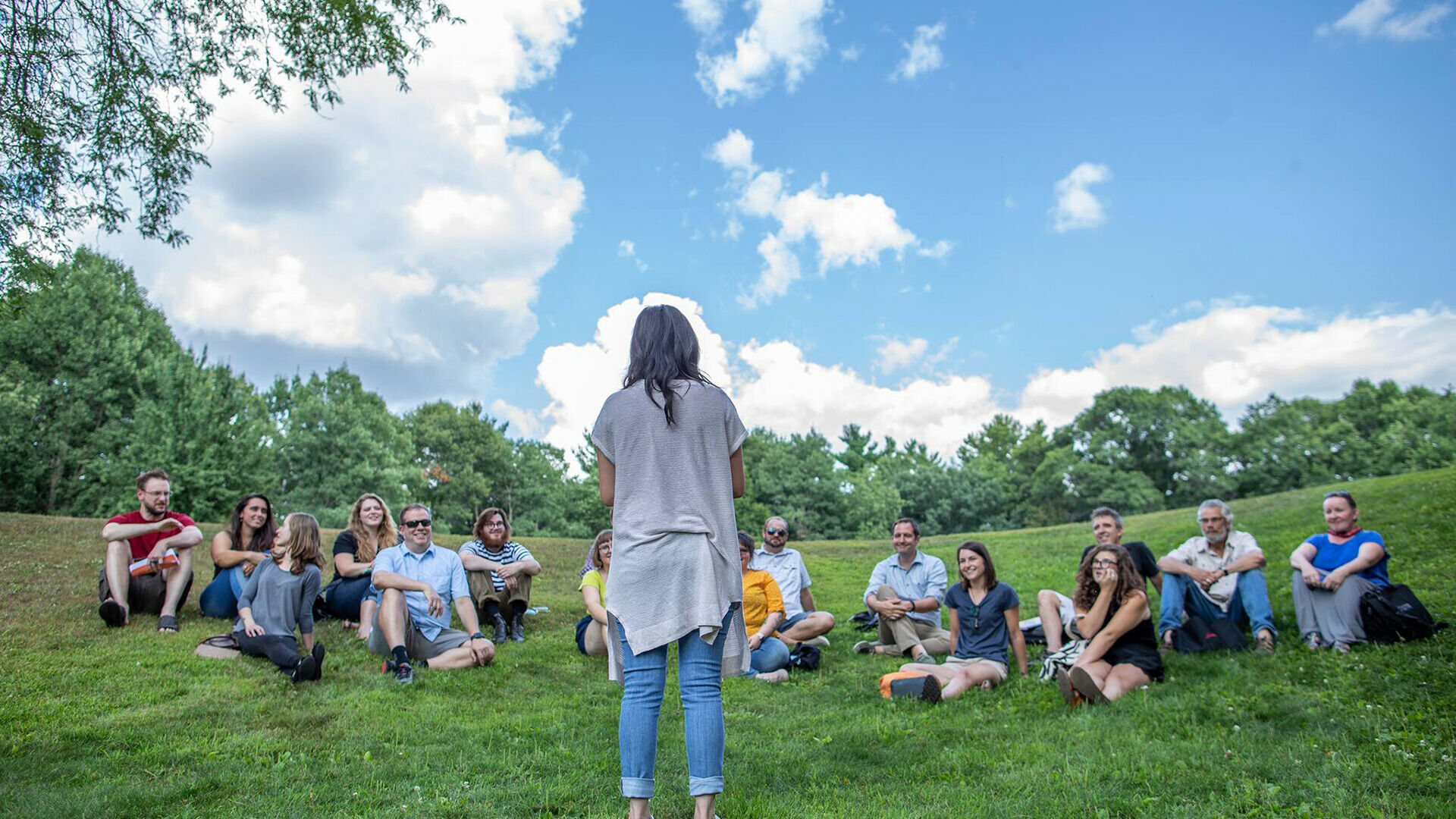 “Walk through the rooms of the poem / and smell the walls for a switch.” So wrote Billy Collins in his famous poem “Introduction to Poetry.” Local poets encourage writers to get creative with a host of events celebrating National Poetry Month in April.

National Poetry Month, dedicated in 1996 by the Academy of American Poets, celebrates the role that poets play in today’s world.

“While we designate April as National Poetry Month,” said BJ Hollars, executive director of the Chippewa Valley Writers Guild, “the truth is that poetry is relevant and vital year-round. Not only does it connect people across space, time and geography, but it’s another way to form a community that uplifts the written world while bringing attention to relevant issues, from beauty to justice and everything in between We don’t just read poems, we share poems, and in that sharing we reaffirm our humanity.

At 3:30 p.m. on Monday, April 4, join the award-winning fictional novelist Pierre Geye at Centennial Hall 2714 at UW-Eau Claire for a craft conversation about his latest novel, ski jumpersand her work teaching the year-long novel writing project at the Loft Literary Center.

Explore forms such as the ghazal and sestina, and play with centos and erasure, with a Chinese-Iranian writer and educator Saba Keramati at 7 p.m. on Tuesday, April 5, courtesy of LE Phillips Memorial Public Library.

Looking for ways to try your hand at poetry or refine your poetic style? Forthcoming “Verse in the Valley” from 6 to 8 p.m. on Tuesday, April 12 at Artisan Forge Studios. Join a diverse lineup of writers – including an Alabama-based writer Abraham SmithMinnesota-based writer Marc EhlingXin Obaid of MingXin Chinese Cultural Exchange (who will read poetry in English and Chinese!), writer Sara Bryan, UW-Eau Claire professor, and poet Asha Sen (who wrote “Dear Ma” for Volume One’s Local Lit last year!) , NYU student and former editor of NOTA Alexander Zitzner, writer and activist Katy Hackworthy and author Patricia Hawkenson – at Artisan Forge Studios. Listen to live music by Lee Mynott and visual arts by Mindy Huntress. Bring your own poems, as there will also be a great open mic opportunity!

Guest gets a sequel in the form of a soundtrack