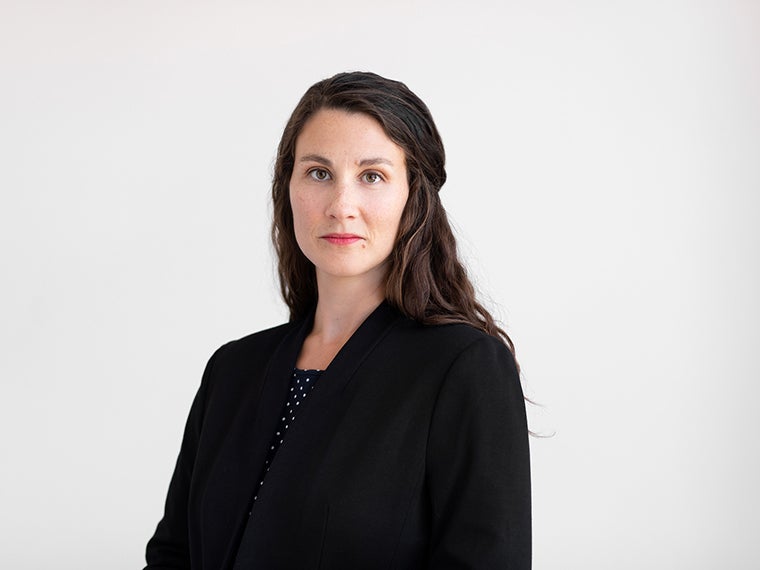 Anna Levett, Visiting Assistant Professor of Comparative Literature and French, has been named the 2022 Pauline Yu Fellow of the American Council of Learned Societies (ACLS). This year, the ACLS Scholarship was awarded to 60 scholarship recipients out of nearly 1,000 applicants, following a rigorous multi-stage peer review process. The Pauline Yu Fellowship provides a $65,000 stipend and will support Levett’s work on her first monograph, “Become Other: Sufism, Surrealism, and the Arab Mediterranean.”

The ACLS Fellowship Program supports outstanding fellowships in the humanities and interpretive social sciences who have the potential to make significant contributions in and beyond their fields. As with the 2021 competition, this year the ACLS Fellowship Program is focusing its support on non-tenured early-career researchers, many of whom face significant disruption to their research and career ambitions due to social and economic effects. generalized effects of the COVID-19 pandemic. . Half of this year’s scholarship recipients are working outside of the tenure track.

Levett says the idea for her book project began many years ago when she read Algerian poet Habib Tengour’s essay “Maghrebi Surrealism.”

“The play is a sort of playful manifesto in which Tengour describes the essential surreality of life in the Maghreb, in other words, North Africa. He quotes the 12th-century Sufi mystic Ibn ‘Arabi, who wrote: “If my works show some kind of formal composition, that form is unintentional. I wrote some of my works by order of Allah, sent to me in my sleep or by revelation,” Levett explains.

“Tengour says that Ibn ‘Arabi was a surrealist – because he wrote poetry in a sort of semi-conscious dream state, just as the early French surrealists prescribed. Tengour isn’t entirely serious, but I found the connection he made fascinating. Once I became interested in it, I realized that other Arab writers had also identified parallels between Sufism and Surrealism. What are the implications of calling a 1,000-year-old religious practice ‘surrealist’, a term that refers to an aesthetic movement of the early 20th century? This is the question I explored in my doctoral thesis, and which I pursue later in the book.

Levett says his research builds on the work of other scholars in thinking about surrealism and its manifestations in Arabic literature. His project also highlights the ethical and political dimensions of surrealism.

“What fascinates me about both Sufism and Surrealism is that they both involve this mode of what I call ‘becoming other’, where the idea is that your own ego or sense of self is destabilized and you become imprinted or even possessed by another force or subjectivity – whether that force is Allah or the “surreal voice”.

“My argument is that Tengour and a handful of other Arab authors writing in the late 20th century see something liberating in this mode of ‘becoming other’ – in particular, they see it as a way to free themselves from the concept of In the Arab world of the late 20th century, everyone was talking about identity, but these authors were more interested in poetry that destabilizes the self than in work that affirms or announces who he is. Our current moment is also plagued by questions of identity, and so I like to think that my project draws on the work of these writers to help us conceive of alternative ways of thinking about art. , politics and community today.

In recent years, the ACLS has directed more of its resources to non-tenure-track faculty, who have less access to funds and less time to devote to research. At Oberlin, Levett teaches Introduction to Comparative Literature, Introduction to Literary Translation, and The Art of Revolution, which examines the relationship between art and politics in the context of the Arab uprisings that began in 2011. When the ACLS grant begins in January 2023, Levett plans to travel to Paris for a month to do archival research.

“A lot of my research is about dreams – surreal dreams, Sufi dreams, dreams of revolution. At the risk of sounding cliché, when I learned that I had won this scholarship, I felt like I was dreaming.